In 2010, about 500 million adults worldwide had chronic kidney disease1 and more than 2.6 million people required dialysis.2  In the United States, more than 40 million Americans have kidney disease, and 700,000 have kidney failure requiring dialysis or transplantation. 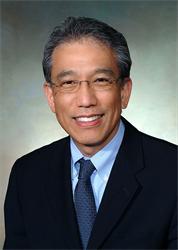 Currently 100,000 patients are on the transplant list and only 17,000 are transplanted yearly .  Thus, for most patients with kidney failure, where transplantation is the best treatment option, but not available to them, dialysis remains the only option.  With time, patients on dialysis deteriorate and mortality rates are high – as 50% die within three years.  For those who survive, the quality of life is poor.  Therefore, there is a critical need for new drugs and devices to prevent kidney disease or treat kidney disease to improve outcomes.

With the unveiling of the prototype dialyzer in 1943 by a Dutch physician Willem Kolff, patients no longer died of uremia.  Refinements have been made allowing for treatment of nearly 700,000 patients in the US.  Despite innovation in medical technologies in multiple specialties, dialysis technology remains essentially unchanged for 50 years, except for incremental improvements.  At present, we do not have an “artificial kidney” that replaces the multiple functions of the kidney including controlling metabolic waste, electrolyte/acid-base balance, volume, blood pressure, and producing hormones that regulate important systemic functions.  There are a number of reasons why there has been very little advancement and innovation in this space.

2) Nephrology suffers from a scarcity of high-quality, randomized clinical trials. Clinical trials in nephrology are dead last compared to other specialties in internal medicine.3

Initial efforts to spark innovation centered on a prize competition to develop the best wearable or implantable kidney.  In April 2014, ASN President Sharon M. Moe, MD, FASN, and XPRIZE Foundation Vice President testified at the House of Representatives Committee on Science, Space, and Technology’s hearing on “Prizes to Spur Innovation and Technology.  ASN engaged the XPRIZE Foundation to collaborate on a potential prize competition, which ultimately transformed into the Kidney Innovation Accelerator (KidneyX) .

KidneyX will be a public-private partnership to incentivize accelerated development and commercialization of disruptive technologies to reduce the number of patients with ESRD and improve the experience of patients on dialysis. KidneyX will focus on the following:

Within the next decade, we will see major advances in fighting kidney diseases.  Accelerating the development and commercialization of kidney therapeutics through KidneyX will be critical for improving the lives of patients with kidney disease.