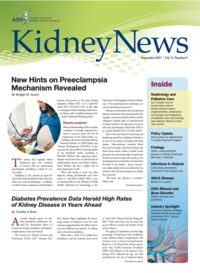 The circles in black represent the relative proportions of patients with crescentic GN caused by antineutrophil cytoplasmic autoantibody (ANCA) disease, antiglomerular basement membrane disease, or immune complex disease in the southeastern United States. Note that the overlaps indicate concurrence of more than one cause. The colored ovals indicate how often patients with different phenotypes of ANCA disease have evidence for one or more of the immunopathologic categories. 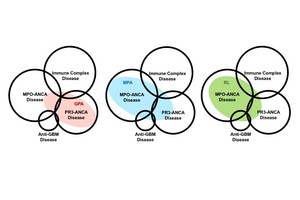 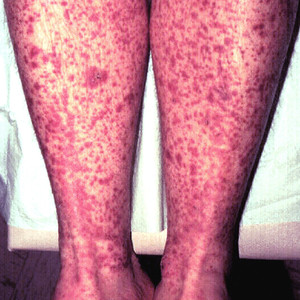 ANCA Disease: What’s in a Name?

In Shakespeare’s Romeo and Juliet, Juliet ponders, “What’s in a name? That which we call a rose by any other name would smell as sweet.” She seems to discount the importance of names; however, the play illustrates how names are very important with respect to how something is perceived and treated. The entire tragedy that befalls Romeo and Juliet was precipitated by preconceptions resulting from their names.

Syndromic names on the basis of different clinicopathologic manifestations of ANCA disease also were defined by the CHCC 2012 (i.e., microscopic polyangiitis [MPA], granulomatosis with polyangiitis [GPA], and eosinophilic granulomatosis with polyangiitis [EGPA]) (1). The CHCC 2012 proposed that both the serotype and the clinicopathologic phenotype should be included in a diagnosis (for example, meyeloperoxidase-antineutrophil Cytoplasmic Antibodies (MPO)-ANCA GPA, PR3-ANCA GPA, ANCA-negative MPA, etc.) (1). However, some have advocated that the serotype alone is sufficient for a diagnosis and provides more guidance for management than the clinicopathologic phenotype (2, 3) and that the serology correlates better than the phenotype with genetic factors that relate to pathogenesis (4). Even in the short time since the publication of the CHCC 2012, further elucidation of the pathogenesis and genetic basis for ANCA disease has reduced the need for the precautionary adjective “associated.” In fact, in some clinical settings in the United States, the term ANCA disease is being used more often than AAV. This also avoids confusing AAV in the vasculitis context with the standard use of AAV as an abbreviation for adeno-associated virus vectors used in genetic therapy. No matter what name is used for the clinical phenotype, inclusion of the serotype in the diagnosis is important (e.g., MPO-ANCA GPA, PR3-ANCA MPA, ANCA-negative EGPA).

Given that both the ANCA serotype and the clinicopathologic phenotype provide useful information about what is happening and what will happen in patients, when possible, designations for both should be included in a diagnosis (e.g., MPO-ANCA GPA).

What is the differential diagnosis for ANCA disease?

The diagnosis of ANCA disease requires distinguishing it from other forms of GN and small vessel vasculitis (SVV) that can cause signs and symptoms that are indistinguishable from those of ANCA disease (7). For example, a patient with GN and purpura (Figure 2) may have MPA, GPA, IgA vasculitis (formerly Henoch–Schönlein purpura), cryoglobulinemic vasculitis, or other forms of SVV that can cause purpuric leukocytoclastic angiitis in the skin. Even nonvasculitis diseases, such as hemolytic uremic syndrome and atheromatous cholesterol embolism, can mimic SVV with acute kidney injury, hematuria, proteinuria, and cutaneous lesions resulting from vascular occlusion. Table 2 provides a comparison of likely signs, symptoms, and laboratory observations that can help differentiate among diseases that are in the differential diagnosis for ANCA disease.

Does ANCA cause disease?

There is strong clinical, in vitro, and in vivo animal model evidence that MPO-ANCA causes disease (8). There is similar clinical and in vitro evidence that PR3-ANCA causes disease, although no convincing animal model of PR3-ANCA–induced disease has been developed. The lack of an experimental animal model may relate to the difference in the biology of PR3 in animals compared with humans. If PR3-ANCAs are pathogenic, genetic studies suggest that the pathogenic mechanism may involve different mediator pathways compared with those in MPO-ANCA–induced disease (4).

A mouse model of ANCA disease that is produced by injecting anti-MPO antibodies intravenously in mice supports a pathogenic mechanism that initially involves ANCA-induced activation of primed neutrophils by Fc receptor engagement by ANCA bound to ANCA antigens followed by activation of the alternative complement pathway by factors released from activated neutrophils. C5a engagement of C5a receptors on neutrophils generates an inflammatory amplification loop that attracts and activates more neutrophils and monocytes (8). This process takes place at thousands of sites in numerous small vessels, usually in multiple organs. Each acute lesion evolves in 1 or 2 weeks into a chronic lesion with monocytes, macrophages, and lymphocytes replacing neutrophils followed by scarring. Until remission is induced, additional acute lesions continue to form and accrue to the overall tissue injury. Thus, the outcome depends on how quickly and effectively initiation of new acute lesions can be prevented.

How should ANCA disease be treated?

If ANCA disease is caused by ANCA and if the injury is mediated by acute inflammation, therapies that eliminate circulating ANCA and quell acute inflammation are called for. Historically, ANCA disease was treated with a variety of regimens of high-dose corticosteroids and cytotoxic immunosuppressive treatments (9). The downside to this treatment includes multiple adverse events, especially increased risk for morbidity and mortality from infections (10). Facilitated by the discovery of ANCA, which helped identify and classify patients for clinical trials and suggested more targeted therapeutic approaches, there have been steady improvements in induction and maintenance of remission, prevention, and treatment of relapse and reduction of adverse events in patients with ANCA disease (9).

In patients who are dialysis dependent or have severe renal insufficiency or pulmonary hemorrhage, remission can be induced by a regimen of methylprednisolone, cyclophosphamide (oral or intravenous), and plasmapheresis along with a course of prednisone. If a patient has less severe renal diseases and no pulmonary hemorrhage, a regimen of methylprednisolone, cyclophosphamide, and prednisone without plasmapheresis is appropriate. Rituximab (a mAb that targets B cells) has been shown to be noninferior to cyclophosphamide for induction of remission (11, 12) and thus, is an option if this is practicable.

Remission can be maintained using low-dose glucocorticoids plus additional therapy with azathioprine, rituximab, or mycophenolate mofetil. Rituximab may be more effective than azathioprine for preventing relapse (13). Continued use of cyclophosphamide after induction of remission increases risk for adverse events (10). PR3-ANCA patients are more likely to have refractory disease than MPO-ANCA patients, and they may require a longer or modified induction regimen (e.g., switching from cyclophosphamide to rituximab or adding plasmapheresis) (14). After 12 to 18 months in remission, maintenance immunosuppression should be discontinued, although the patients should have sufficient follow-up to detect disease recurrence. If a patient is dialysis dependent for more than 4 months or toxicity risks are too high, immunosuppression should be terminated.

Clinical trials continue to identify more effective and less toxic regimens with existing therapies as well as with novel therapies that have been identified through basic and translational studies of ANCA disease (9). For example, avacopan (also known as CCX168), which is an orally administered small molecule that inhibits the engagement of C5a with the C5aR on neutrophils, was shown to prevent the induction of GN by anti-MPO antibodies in mice (15). On the basis of this observation, a recent randomized, placebo-controlled trial evaluated the efficacy of avacopan in treating human ANCA disease. Avacopan effectively replaced high-dose glucocorticoids for induction of remission in ANCA disease patients, with a lower incidence of glucocorticoid adverse effects (16).

As our knowledge of ANCA disease continues to grow, there will be further improvements in the diagnosis, monitoring, and treatment of patients with ANCA disease, no matter what name we choose for the disease.