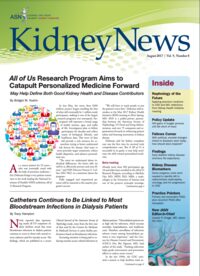 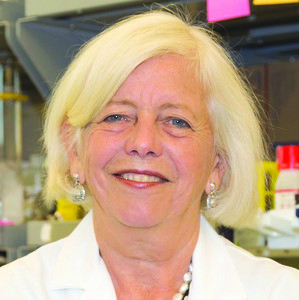 ASN has named the new editor-in-chief of the Journal of the American Society of Nephrology (JASN): Josephine P. Briggs, MD. Dr. Briggs, who is Director of the National Center for Complementary and Integrative Health (NCCIH) of the National Institutes of Health (NIH), will serve in the editorship for six years beginning Jan. 1, 2018.

Asked about her outlook and plans for JASN, Dr. Briggs said: “The scope of the journal should continue to be the entire range of renal research from the most basic—structural biology, cell biology, kidney physiology—through the entire translational process—and extending to the most applied, including observational studies, epidemiology, clinical trials, and health services research.” She said she considers JASN the premier influential specialty journal in nephrology and plans to enhance the journal’s eminence with a focus on publishing the best primary research in the field.

Dr. Briggs’ credentials in clinical medicine, research, and editorial work are notable. After earning her medical degree at Harvard Medical School, she completed her residency training in internal medicine and nephrology at the Mount Sinai School of Medicine, New York, NY, where she was also a fellow in clinical nephrology. She worked as a research scientist for seven years at the Physiology Institute at the University of Munich in Germany.

Dr. Briggs joined the NIH in 1997 as Director of the Division of Kidney, Urologic, and Hematologic Diseases at the National Institute of Diabetes and Digestive and Kidney Diseases, where she oversaw extramural research activities. In 2006, she accepted a position as Senior Scientific Officer at the Howard Hughes Medical Institute, and in 2008 returned to NIH in her current director position, according to her NCCIH biography. She is also a member of the NIH Steering Committee, the most senior governing board at NIH. Earlier, she served as interim director of the NIH Precision Medicine Initiative Cohort Program, a new model for research with a goal of enrolling at least 1 million participants.

Dr. Briggs has participated in the editorial boards of Seminars in Nephrology, Hypertension, Kidney International, and the American Journal of Kidney Diseases. She also served as deputy editor of the Journal of Clinical Investigation. Dr. Briggs’s research interests include the renin–angiotensin system, circadian regulation of blood pressure, and policy and ethical issues around clinical research.

Her longtime interest in communicating findings effectively to fellow physicians, scientists, and other health care providers also extends to informing the public. In 2014, Dr. Briggs received the ASN John P. Peters Award in recognition for her many and varied contributions to improving the lives of patients and to fostering the understanding of the kidney in health and diseases. She was also the recipient of the Department of Health and Human Services 2014 Secretary’s Award for Distinguished Service.