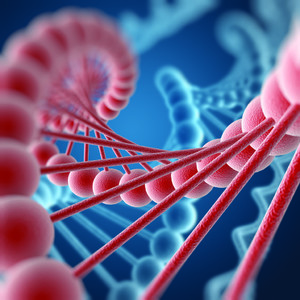 Necessity is the mother of invention for physician-scientists like Darren Yuen, MD, PhD, a nephrologist at St. Michael’s Hospital in Toronto. Frustrated with the lack of treatment options for the progressive scarring in the kidney called fibrosis, he turned to his lab in search of a new anti-fibrotic agent.

His team is among a cohort of researchers who have studied the fibrotic effects of a protein called TGF-β for decades, but so far that work has not yielded new treatments.

“TGF-β hasn’t panned out as a treatment target in kidney patients because it does a lot of things,” Yuen said. That can make it hard to develop treatments that don’t have troublesome side effects. So he decided to pivot his research to look at a protein called YAP that interacts with TGF-β.

Yuen is not alone in turning his attention to YAP. The Yes-associated protein (YAP) is emerging as a key player in kidney health and disease, with findings from multiple research groups converging on YAP as critically important. YAP is part of the Hippo signaling pathway that regulates cell growth and differentiation, with YAP activation linked to several malignancies, said Kirk Campbell, MD, a nephrologist and associate professor of medicine at the Icahn School of Medicine at Mount Sinai in New York.

“We’re sort of at the beginning stages of investigating YAP signaling [in kidney disease],” said Campbell, whose work inspired Yuen to take a look at the protein’s role in fibrosis. We are just scratching the surface.”

YAP is part of a network of proteins that are essential for normal development. During development, this network controls how large organs are by controlling how many cells grow and die (Wong JS, et al. Am J Physiol Renal Physiol 2016; 311:F241–F248). But in mature humans its role appears complicated.

The YAP protein can be turned off and sit quietly in the cell. But when it is turned on in adult cells, it travels to the nucleus and influences the expression of genes important for cell growth, multiplication, and survival. In some gastrointestinal cancers, an unusually high amount of YAP is produced, which may contribute to the cancer cells’ success.

This dark side of YAP has made it a target of cancer researchers who want to create anti-cancer drugs that turn off YAP, Campbell said. But treatments targeting YAP could have worrisome effects for the kidney because the drugs could make their way there during urine filtration and affect the survival of kidney cells.

Kidney cells called podocytes, which make up a sieve-like device that filters protein out of urine, produce a lot of YAP and might be especially vulnerable to such YAP-targeted treatments. When podocytes are injured they are not replaced. This can cause gaps that allow proteins to leak out into urine. If enough podocytes are lost, focal segmental glomerulosclerosis (FSGS), a leading cause of progressive kidney failure, can develop.

To find out what would happen if YAP is shut down in podocytes, Campbell and his colleagues have silenced the gene that encodes it both in podocytes grown in culture in the laboratory (Campbell KN, et al. J Biol Chem 2013; 24:17057–62) and in healthy mice (Schwartzman M, et al. J Am Soc Nephrol 2016; 27:216–226). The podocytes in culture lacking YAP were more susceptible to injury. The mice too lost podocytes and began leaking protein in their urine, as well as developing other signs of FSGS.

“When [YAP] is deleted in podocytes, it leads to FSGS and progressive kidney disease [in mice],” Campbell said.

In the otherwise healthy cells used in Campbell’s studies, YAP appears to boost podocyte survival, which raises concerns that YAP-targeted therapies in cancer or other diseases might have harmful effects on the kidneys.

“There is a concern that it is possible, based on our findings, that healthy podocytes may become injured if the function or expression of YAP were to be reduced [by YAP-targeted treatment],” Campbell said.

Markus Rinschen, MD, a nephrologist and scientist at the University of Cologne in Germany, and his colleagues didn’t set out looking for YAP. They simply wanted to know what happens after an injury damages podocytes.

“We know podocytes are subjected to a lot of stress including mechanical, metabolic, and chemical stress,” said Rinschen. “If the podocyte is injured [protein leaks in the urine], but how this happens is not completely understood.”

So they intentionally caused a podocyte injury in rats and then looked at what happened to levels of various proteins in the cells to see if these changes could provide hints about the process.

“We found YAP with an unbiased analysis,” Rinschen said. “YAP is one of the first proteins to increase before proteinuria develops.”

As YAP shot up, so did the production of proteins that provide structure within cells. Too many of these structural proteins are known to contribute to fibrosis.

Complicating things, the study also revealed that overproduction of YAP post-injury in laboratory-grown cells only occurred when the cells were grown on a soft surface more similar to the conditions in the kidney. On a hard surface, the podocytes didn’t respond by boosting YAP production after injury. Rinschen explained that podocytes respond to mechanical stress, and the hard surfaces may create mechanical pressure on the cells.

“They can somehow know how much pressure is there,” he said.

Next, they treated the injured rats with a drug that blocks YAP from interacting with another protein in its network. The treatment ameliorated the podocyte injury and reduced the development of proteinuria.

“What seems to be the case is that YAP itself is some driver of the disease that is signaling back to rigidity,” he explained.

So, is YAP helpful or harmful to the kidney? The answer is likely both, said Rinschen and Campbell.

“It’s a double-edged sword,” said Rinschen. YAP may both protect against cell death in podocytes and also be a part of the podocyte’s stress response that can get out of hand, he said. Under stress, the podocyte boosts YAP production to ward off cell death, but overproduction of YAP affects other proteins it interacts with. This might boost fibrosis and stiffen the podocyte cell, triggering more stress and more YAP production.

“It may be a self-sustained response,” he said.

Whether YAP is helpful or harmful might also depend on the health of the cell. Campbell explained that his experiments were done in healthy podocytes while Rinschen’s were done with podocytes that were injured.

“It’s a pro-survival molecule,” Campbell said. “It’s possible that too much of a pro-survival signaling molecule could be bad in the context of disease.”

Fibrosis plays an important role in kidney failure in chronic kidney disease. But most kidney diseases don’t present until they are in a late stage of progression and fibrosis has already begun, leading to more fibrosis.

Yuen’s work has focused on stopping that cycle and hopefully slowing or arresting kidney disease. His work on YAP has focused on what it does in fibroblasts, the cells that produce the bulk of the scar in the kidney. Just like Rinschen, he and his colleagues have shown that YAP’s effects depend on the stiffness of the surfaces around it (Szeto SG, et al. J Am Soc Nephrol 2016; 27:3117–3128). When fibroblasts are grown on a hard surface, which may recreate some of the mechanical stress that fibroblasts experience during fibrosis, YAP is turned on. But when the cells are grown on a soft surface, YAP is sequestered away from the nucleus. With YAP out of the picture, TGF-β’s ability to activate the production of the profibrotic proteins Smad 2 and Smad 3 were muted, suggesting that YAP signaling is necessary for TGF-β’s harmful effects.

Next, Yuen and his team tested whether a drug called verteporfin that targets YAP might help shut down fibrosis. They induced fibrosis in the kidneys of mice and found it did reduce YAP, Smad 2/3, and fibrosis. The findings raise hope that it might be possible to develop a YAP-targeted therapy for fibrosis.

“My hope is that these types of therapies would provide a new opportunity to treat patients already presenting with some kidney disease-related fibrosis,” Yuen said.

Although verteporfin is currently used to treat humans with macular degeneration, Yuen noted, it has downsides that make it unlikely to ever be used as a kidney disease therapy. For example, it is administered as a one-time intravenous infusion in patients with macular degeneration. It’s also designed to be light-activated, which wouldn’t be beneficial as a chronic treatment for patients with kidney disease. But Yuen said verteporfin might be used as a model to create a YAP-targeted drug for kidney disease.

First, Yuen said, scientists must better understand what YAP does in other kidney cells and in the rest of the body. This would be crucial to avoid unintended harmful effects in the kidney and elsewhere.

“We have to be careful,” Yuen said. “We have to learn more of the context of how YAP works in the kidney. If we better understand the context, we may still be able to develop targeted therapies.”

Rinschen was more circumspect about the clinical implications of his team’s research on YAP so far, and noted much more work is needed to understand YAP’s role in kidney health and disease.

“We are far from any clinical applications,” Rinschen said. “We should view this as a pathological principle rather than a drug target.”

He advocated for more unbiased research looking at the dynamics of kidney disease and the interactions of many proteins during the process.

“We need to think in a broader way concerning kidney disease,” Rinschen said. “What happens first? What is triggering what? How do these proteins interact?”

Campbell agreed that more work is needed to understand the big picture.

“We have identified a molecule that has a role in podocyte homeostasis under normal and disease conditions,” Campbell said. “The molecule is part of a larger pathway with a number of different players that tightly regulate its function. It will be important for us to understand the role not just of YAP, but of related molecules that could potentially be harnessed for therapeutic benefit in [kidney disease].”