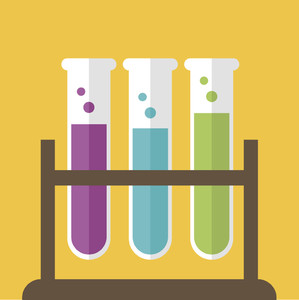 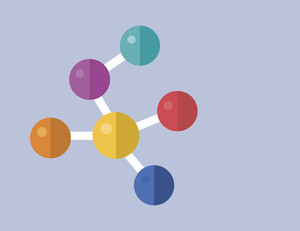 Variability in Parathyroid Hormone Assays: Better Standardization on the Way?

Clinicians worried about bone disease developing in patients with chronic kidney disease (CKD) lean on parathyroid hormone (PTH) measurements as a marker for skeletal and mineral disorders. But the utility of PTH assays is controversial—mainly because the variability among analytical techniques makes the interpretation of results difficult.

A working group from the International Federation of Clinical Chemistry and Laboratory Medicine (IFCC) is working to standardize the assays and establish protocols for issues such as pre-analytical variables. The group has the support of many stakeholders, including testing manufacturers, and expects to show progress within the next couple of years. In the meantime, nephrologists can consult the literature to aid in the interpretation of the assays used by their laboratories.

“There can be differences up to fourfold in the results reported with different methods from the same samples,” said the chair of the IFCC group, Catherine M. Sturgeon, PhD, who is consultant clinical scientist at the Royal Infirmary of Edinburgh and director of one of the National External Quality Assessment Service proficiency testing centers in the U.K. “The bigger and more complicated a molecule is, the more difficult it can be to measure consistently.”

PTH is one of those complicated molecules. It is an 84-amino-acid peptide protein that breaks down in the body into a large variety of peptide fragments. The fragments are generally considered not biologically active, although there is some controversy about how active some might be.

Most laboratories use what are called second-generation immunoassays that were originally billed as detecting “intact” PTH, but that in fact detect and include in their quantitation fragments as well. For most patients, the fragments are not an issue because a normally functioning kidney clears them. However, the fragments may accumulate in patients with impaired kidney function and especially in those on dialysis.

The assays measure the fragments to varying degrees, which makes them problematic for monitoring patients with chronic kidney disease–mineral bone disorder (CKD–MBD) and difficult to standardize. Although the assay may have originated more as a tool for the diagnosis of patients with primary hyperparathyroidism or hypoparathyroidism, “in many laboratories the majority of PTH measurements are now performed in patients with CKD,” according to an article e-published by the IFCC working group in Clinica Chimica Acta in October 2016 (Sturgeon CM, Sprague S, Almond A, et al. Perspective and priorities for improvement of parathyroid hormone (PTH) measurement–a view from the IFCC Working Group for PTH. Clin Chim Acta 2016 doi: 10.1016/j.cca.2016.10.016. [Epub ahead of print])

“The average clinician takes the results as gospel. They don’t understand the nuances behind the tests,” said Stuart M. Sprague, DO, clinical professor of medicine at the University of Chicago Pritzker School of Medicine and chair of the division of nephrology and hypertension at NorthShore University HealthSystem in Evanston, IL.

A major effort of the IFCC working group is to overcome the variability among test platforms through assay calibration. The World Health Organization has established an international standard of recombinant PTH, but none of the commercially available assays is calibrated to it, Sturgeon said. The IFCC group is working to get the assay manufacturers to recalibrate their tests using this standard.

“Manufacturers are absolutely critical, so we are very lucky that they are very enthusiastic and supportive of this effort,” Sturgeon said. “For the manufacturers, it is quite a lot of trouble and expense to change the calibration of an assay. For one thing, they have to change all their documentation.” It will take at least two years for manufacturers to standardize their methods and change their kit inserts. Sturgeon said that a standard introduced for prostate specific antigen tests cut those tests’ variation in half.

While they wait for that to happen, nephrologists can improve their test interpretation by finding out which manufacturer’s assay their laboratory is using, according to Kevin J. Martin, MD, director of the division of nephrology at Saint Louis University in Missouri.

Particular assays are consistent in their results, so by knowing which assay a laboratory is using, a clinician can get a better idea of the meaning of the results. Information on the performance of specific assays can be found in the literature, including the IFCC working group’s Clinica Chimica Acta article and in a National Kidney Foundation publication that can be found online (https://www.kidney.org/sites/default/files/12-10-0202_LBA_PTH_CKD-MBD_Tool_feb4.pdf).

But clinicians need to stay aware because laboratories can change suppliers without telling physicians. Martin said: “You might notice that follow-up PTH measurements appear higher than prior values and upon checking with the lab learn that they have changed the supplier of the PTH assay reagents. This has happened in our own hospital.”

The working group is also developing evidence-based recommendations for the handling of PTH samples prior to analysis. For example, for blood samples taken in tubes containing EDTA, the group recommends the plasma be separated within 24 hours, the samples should be stored at 4 °C, and the samples should be analyzed within 72 hours. For samples taken in dry tubes, the serum must be separated as soon as possible and analyzed within 4 hours or stored at -20 °C for later analysis. For consistency within and between individuals, samples should be collected from the same sample site—central or peripheral—and clinical guidelines should state whether targets refer to peripheral or central venous concentrations.

The experts who write clinical treatment guidelines for CKD are aware of the lack of standardization and variation in assays and have tried to take them into account.

“KDIGO [Kidney Disease: Improving Global Outcomes] guidelines have widened the limits for the target levels for renal patients with advanced disease, because they were aware the assays couldn’t cope with the tighter limits,” Sturgeon said.

The KDIGO 2012 Clinical Practice Guideline for the Evaluation and Management of Chronic Kidney Disease suggests that for patients with CKD stage 5D, PTH levels should be maintained “in the range of approximately two to nine times the upper normal limit for the assay. We suggest that marked changes in PTH levels in either direction within this range prompt an initiation or change in therapy to avoid progression to levels outside of this range.”

Because of the lack of faith in a single test or number, the guidelines also recommend that in patients with CKD stages 3–5D, therapeutic decisions should “be based on trends rather than on a single laboratory value, taking into account all available CKD–MBD assessments.”

Another avenue the working group is exploring is the development of a mass spectrometry-based reference method. Several mass spectrometry methods have been published that can provide accurate PTH measurements as well as identify and quantify PTH fragments—which could increase the understanding of the clinical relevance of these fragments. But these methods can involve difficult sample preparation steps and are much less sensitive—by a factor of 10—than the immunoassays.

Even the overall usefulness of PTH measurements is somewhat controversial and unclear.

“There is considerable uncertainty as to what range of PTH values would be desirable for patients on dialysis,” Martin said. “PTH is one marker of bone turnover and bone metabolism, but it is not the only one. And the correlation between these various PTH values and what’s happening in the bone is rather weak.”

The KDIGO guidelines note the lack of solid research in the area of CKD and bone metabolism: “The evidence on which existing recommended guideline treatment targets for serum concentrations of calcium, phosphate, and parathyroid hormone, and the strategies to achieve those targets, is exclusively observational and thus problematic for that reason.”

Just the same, the IFCC working group notes: “Most nephrologists consider there is already sufficient evidence linking high or very low PTH levels with adverse outcomes in patients with CKD–MBD. However, better understanding of the complex disease processes and biological interactions involved would be expected to help improve clinical outcomes for CKD–MBD patients and further research is highly desirable.”

But some things are known. “Hyperparathyroidism is common in CKD and results in significant morbidity and mortality if left untreated,” Sprague said. Better assays for detecting it would be a big step forward in both research and treatment, and the IFCC group posits that its goal of “improving the standardization of PTH methods is clearly feasible.”