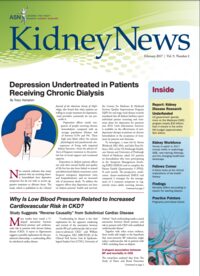 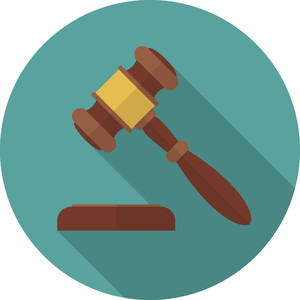 A new CMS regulation that would potentially curtail third party payments for insurance for dialysis patients has been delayed by a U.S. District Court judge in Texas.

Fresenius Medical Care, Davita, U.S. Renal Care, along with Dialysis Patient Citizens, filed a lawsuit to block the CMS rule on Jan. 6, 2017. Issued as an interim rule in August 2016, the regulation was set to go into effect Jan. 13, 2017. The judge’s temporary restraining order delaying the rule may stay in place for up to 14 days post-issuance.

In its lawsuit, the groups stated that the rule was pushed through without the proper notice or comment period that usually occurs before a new rule is adopted.

The U.S. District Court judge agreed, stating the organizations likely showed that the Department of Health and Human Services (HHS) implemented the final rule without time for thorough review and comment.

In a statement about the temporary restraining order, Fresenius Medical Care said: “We are pleased that the court has issued a temporary restraining order preventing this improperly issued regulation from going into effect. Today’s ruling will help ensure that Americans with kidney failure have the same right as every other American to receive charitable assistance to pay their health insurance premiums. We look forward to working with the new administration on regulations that protect the sustainability of the Medicare program while protecting the ability of Americans to select the health coverage of their choosing, free from discrimination based on their health status or disability.”

The rule grew out of a CMS investigation of reports that dialysis companies were paying for private insurance in order to boost their reimbursements. It requires dialysis companies to fully disclose to a patient their insurance options, how the providers would benefit from a patient’s receiving private coverage, and would require insurance company approval of coverage for the patient.

In a Jan. 11, 2017, letter to CMS commenting on the rule, the American Society of Nephrology (ASN) urged the agency to take more time and gather more input from stakeholders before finalizing the rule.

“The ASN firmly agrees with CMS that payment of premiums and cost-sharing by third party entities should only be used to promote the best interests of the beneficiary,” ASN stated in its comment letter. “For many patients in the vulnerable dialysis population, third party assistance currently helps them achieve their goals, be it to work part time, gain access to transplant, or afford medications, and the society is concerned that the proposals in this [rule] would inadvertently jeopardize some individuals’ access to care.”

In mid-August 2016, CMS announced it was investigating reports of inappropriate steering of dialysis patients into private insurance by dialysis providers to boost their own reimbursements. According to CMS, the investigation yielded reports of abuse with negative health and financial consequences for patients. This led CMS to issue the interim rule requiring that dialysis facilities disclose the risks of various coverage options to their patients, be more transparent about how the provider benefits, and prevent potential disruptions in coverage by seeking insurer approval for coverage.

Third parties, including nonprofits, have long offered patients who require dialysis help paying for insurance. For example, the American Kidney Fund (AKF) offers such payment assistance for low-income patients to purchase Medicare Part B, Medigap, and private or employer-based insurance. Currently, the organization provides payment assistance to 80,000 patients, including 6400 in Affordable Care Act marketplace plans, according to a press release. The organization runs a health insurance premium assistance program established in 1997 according to guidelines laid out by the US Office of the Inspector General (OIG).

But a New York Times investigation, published December 25, 2016, suggested that the AKF had in some instances resisted offering assistance to patients from dialysis clinics not associated with companies that donated to the charity, contrary to OIG guidelines.

In a statement, the AKF argued the article was factually incorrect, that it had “never turned away a patient who was financially qualified,” and that 40% of dialysis providers who have patients receiving AKF assistance do not contribute to the fund. But the AKF also expressed concern that social workers from independent dialysis clinics who were interviewed by the New York Times believe that the fund is favoring patients from large dialysis companies who donate.

“This is simply not the case, and we want to correct the record, as well as take ownership of any way that AKF itself may have contributed to this misperception,” the statement said.

In a fact sheet, CMS noted that in recent years dialysis providers have been offering premium assistance, either directly or through charities, as a way to boost reimbursements. Premiums cost about $6000, but private insurance may pay as much as 4 times more for dialysis care than Medicare, resulting in up to an additional $100,000 to $200,000 in reimbursement.

AKF said in a statement that it supported efforts to stop steering but had urged the agency to withdraw the rule, saying it would leave kidney disease patients with fewer options.

“HHS is irresponsibly upending the entire safety net that exists for dialysis patients who can’t afford their health coverage,” said Burton. “This cannot be the result that the agency intended to achieve when it set out to protect ESRD patients from improper steering.”

“It basically creates a two-tier system,” said Hrant Jamgochian, chief executive officer of Dialysis Patient Citizens, which joined dialysis providers in the lawsuit to block the rule. “If you can afford private coverage, you are protected from discrimination [under ACA], but if you can’t afford it [without premium assistance] you aren’t.”

Patients with HIV are protected from such discrimination, Jamgochian noted, because insurers are required to accept charitable assistance for these patients under the Ryan White Care Act. His organization has proposed similar protection for patients with kidney failure and has urged CMS to crack down on insurance companies steering dialysis patients who could benefit from private insurance into Medicare.