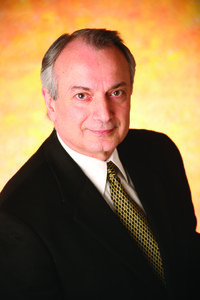 The Belding H. Scribner Award will be tendered to Raymond M. Hakim, MD, PhD, on Saturday, Nov. 4, for his career-long contributions to the practice of nephrology. Dr. Hakim is professor of medicine in the division of nephrology and hypertension at the Vanderbilt University Medical Center. Established in 1995, the Belding H. Scribner Award is presented to individuals who have made outstanding contributions to the care of patients with renal disorders or have substantially influenced the clinical practice of nephrology.

Dr. Hakim has made significant contributions in patient care, research, and service to professional organizations. Dr. Hakim began his career as an engineer. He received a master of science degree from Rensselaer Polytechnic Institute and a PhD in engineering from the Massachusetts Institute of Technology in 1967. He worked in Montreal as a research engineer at Hydro-Quebec. He changed his career path to study medicine at McGill University and completed his residency in internal medicine at the Royal Victoria Hospital in 1979. He followed this with a fellowship in nephrology at Harvard Medical School and Brigham and Women’s Hospital.

In 1995, Dr. Hakim was one of the founders and chief medical officer of the Renal Care Group, a provider of outpatient dialysis services. By 2005, the Renal Care Group had more than 35,000 patients and had the lowest mortality and hospitalization rates among all dialysis providers, according to the United States Renal Data System (USRDS). The group merged with Fresenius Medical Care in 2007, and Dr. Hakim became the chief medical officer, serving from 2009 to 2012. His tenure was associated with a 20% reduction in mortality and hospitalization of its patients.

Dr. Hakim has spoken at many patient and health care professional meetings, authored more than 190 articles on clinical and basic research in dialysis and plasmapheresis, and contributed 35 chapters to medical books.

He has served as a member of the editorial boards of several journals and received the National Kidney Foundation Joel D. Kopple Award and the Medal of Excellence Award from the American Association of Kidney Patients.