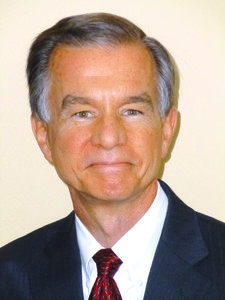 Policy Analyst to Speak on Future of Health Care

Miller is the president and CEO of the Center for Health Care Quality and Payment Reform, a national policy center. He is also adjunct professor of public policy and management at Carnegie Mellon University in Pittsburgh.

A nationally recognized expert on health care payment and delivery reform, Miller has worked in more than 40 states and metropolitan regions to help physicians, hospitals, employers, health plans, and government agencies design and implement changes. He assisted the Centers for Medicare & Medicaid Services with the implementation of its Comprehensive Primary Care Initiative in 2012. He has been invited twice to testify before Congress on how to reform health care payment. He is a member of the federal Physician-Focused Payment Model Technical Advisory Committee created by Congress to advise the secretary of health and human services on the creation of alternative payment models.

Miller has written many widely used papers and reports on health care payment and delivery reform, including “From Volume to Value: Better Ways to Pay for Healthcare,” which appeared in the September 2009 issue of Health Affairs; “Win-Win-Win Approaches to Healthcare Cost Control Through Physician-Led Payment Reform,” in the March 2014 Clinical Gastroenterology and Hepatology; and “Making Value-Based Payment Work for Academic Health Centers,” in the journal Academic Medicine. He co-authored A Guide to Physician-Focused Alternative Payment Models, published in 2015 by the American Medical Association (AMA) and the Center for Healthcare Quality and Payment Reform. He wrote the AMA’s 2010 report, Pathways for Physician Success Under Healthcare Payment and Delivery Reforms as well as the Massachusetts Hospital Association’s 2009 report Creating Accountable Care Organizations in Massachusetts.

From 2008 to 2013, Miller served as president and CEO of the Network for Regional Healthcare Improvement, a national association of collaboratives. He was a member of the board of directors of the National Quality Forum from 2009 to 2015. From 2006 to 2010, he was a consultant to the Pittsburgh Regional Health Initiative. In 2007, he was the facilitator for a task force that prepared the recommendations for Minnesota’s path-breaking health care reform legislation in 2008.