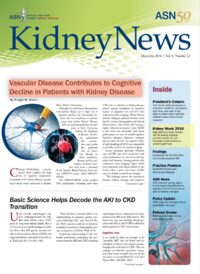 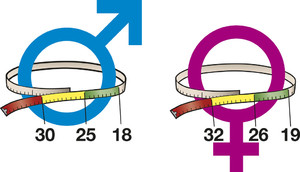 The incidence of ERSD is 1.5 times higher in US men than women even though women live longer and are more likely to have chronic kidney disease (CKD), said Ana C. Ricardo, MD, MPH, MS, assistant professor of medicine at the University of Illinois at Chicago. Some studies have shown that men with CKD progress more quickly (Neugarten J, et al. Am Soc Nephrol 2000; 11:319–29).

The effect of gender on CKD progression has been hotly debated for years. Until about 15 years ago there was a consensus that gender had no effect, then the prevailing view shifted to see female gender as protective, said Joel Neugarten, MD, JD, professor of medicine at Albert Einstein College of Medicine. A large meta-analysis published 2 years ago reignited the debate when it found no gender-based difference in CKD progression (Nitsh D, et al. BMJ 2013; 346:f324), a result Neugarten attributed to the high number of patients with diabetic renal disease in the study.

Now, Ricardo and her colleagues are wading in to the debate with an analysis of the relationship between gender and progression to ERSD (determined based on dialysis or transplant and estimated glomular filtration rate) in the Chronic Renal Insufficiency Cohort (CRIC). The CRIC study followed 1778 women and 2161 men for an average of about 7 years. The average age of study participants was 58; 42% were non-Hispanic black and 13% were Hispanic.

They found that at the start of the study women were more likely than men to be physically inactive (33% vs. 28%), never have smoked (53% vs. 39%), and have a higher BMI (33 vs. 31 kg/m2). During the study follow-up period, 844 participants developed ERSD, and women’s risk was lower, but nearly disappeared when the researchers adjusted for lifestyle factors, including smoking, physical activity, and BMI.

“In the unadjusted analysis, in men kidney function tended to get worse over time at a more rapid rate than women,” Ricardo said. But after the researchers adjusted for baseline kidney function and markers of bone and mineral metabolism, the gender differences in progression became less significant. Adjusting for lifestyle factors also reduced the differences.

Adjusting for BMI alone appeared to attenuate the risk of ERSD on its own in women. This “obesity paradox” has also been documented in previous studies, Ricardo noted.

“We know that in the general population obesity is a risk factor for cardiovascular disease and death; however, in dialysis patients having higher weight or BMI is protective,” she explained.

Higher rates of smoking among men did not appear to explain the differences.

“In other studies, we’ve seen that smoking has a deleterious effect [on the kidney],” Ricardo said. “But for this particular study it didn’t appear to play a significant role in terms of [gender] disparities.”

The risk of mortality in women was 40% lower than in men, Ricardo said, so more women were not dying before reaching dialysis or transplant.

“It’s a well-studied, well-followed cohort that confirms a relationship between gender and renal disease,” said Neugarten.

But it also raises questions about the role of sex hormones in CKD progression. For example, if estrogen were protecting women from faster progression of renal disease you would expect younger women to be protected and older women to progress more quickly. “But younger women had accelerated progression compared to older women,” Neugarten said. “That’s contrary to what I would have predicted.”

The findings on BMI were also surprising. There isn’t a clear mechanism to explain this relationship, Neugarten noted. Also, BMI as a measure is considered by many to be flawed, he said. But other studies that have used waist circumference or other measures of obesity have found contradictory results as well.

“The consensus is that high BMI accelerates renal disease, but many investigations have found that it is protective,” he explained. “We don’t know.”

In the meantime, she noted that many of the factors that appear to put men at greater risk based on her analysis are modifiable. For example, interventions might include management of phosphorus, calcium, or addressing issues related to socioeconomic status.

“We could potentially bring the risk of men down,” Ricardo said.

She said her analysis also identified important disparities in the care women receive. Women were less likely to receive cardioprotective medications, like ACE inhibitors, angiotensin inhibitors, statins, or aspirin. They were also less likely to be seen by a nephrologist.

We nephrologists need to see if we are treating women the same way as men,” she said.