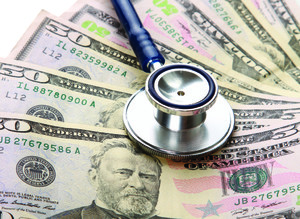 The Future of the Sustainable Growth Rate: A Pay-For Story

In 2014, Congress made major gains toward finally repealing the broken sustainable growth rate (SGR). But, as of press time, Congress had failed to get legislation to repeal SGR over the line, meaning that physicians will again face pay cuts—and the hope of repeal—in 2015.

In an attempt to control Medicare spending on physicians’ fees, Congress enacted the SGR formula in 1997. Although it has called for dramatic reductions in payments over the past decade, each year Congress has temporarily overridden the cuts and kept the SGR in place. According to the formula, if no changes are made, physicians’ fees are set to be reduced by 21.2 percent on March 31, 2015, which would have a devastating, irrevocable effect on the Medicare system.

Is Congress the problem?

It would be natural to assume that the usual health care political games and congressional hold-ups that we have seen in the past are responsible for preventing SGR reform, but for once that assumption would be wrong. Legislation to replace SGR gained tremendous bipartisan, bicameral support in the House and the Senate in this past congressional session. With agreement on both sides of the aisle that the SGR needs to go, and with consensus on legislation to accomplish that goal, why are we still stuck with the current SGR?

Where is the issue?

The answer is the up-front cost of replacing the SGR. The Congressional Budget Office, which is responsible for providing Congress with cost estimates for legislation, indicated that repealing SGR would cost roughly $150 billion. Therefore, offsets are needed to defray the cost of permanently replacing the SGR. For a replacement to be put into place, Congress has to either cut money from other programs or come up with a new funding source.

Future of SGR in the 114th Congress

With such a big price tag and few ideas for pay-fors, SGR legislation is highly unlikely to pass in 2015. Given the recent election results, the question is whether the upcoming Republican-controlled Congress can find a suitable pay-for to accomplish comprehensive SGR repeal legislation. It is almost certain that something will be on the chopping block to cover the cost of the legislation. However, if the only pay-for Congress offers is defunding the Affordable Care Act (Obamacare), the bill has little to no chance of becoming law, and it would be vetoed as soon as it hits the president’s desk.

The American Society of Nephrology (ASN) believes that repealing SGR is not a partisan issue and will continue to work in 2015 with the relevant congressional committees and the broader medical community to build on the gains made. Stay tuned to ASN Kidney News and to e-mail communications from ASN to learn how you can get involved in advocating for SGR replacement.