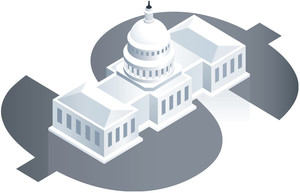 What the President’s 2015 Budget Means for Kidney Research

President Barack Obama’s 2015 budget, released Tuesday, March 4, came and went without much notice outside the Washington, DC, beltway. The president’s annual budget, usually released in February, is an important public statement of what he believes national funding priorities should be and is generally used as a starting point for budget negotiations in Congress. However, it is unlikely Congress will adopt many of the president’s recommendations owing to the late date of the report’s release and that 2014 is an election year.

Let’s look at the numbers. For 2015, the president is recommending $30.4 billion for the National Institutes of Health (NIH), a slight increase of 0.7 percent over 2014. Of that amount, the president is recommending $1.743 billion for the National Institute of Diabetes and Digestive and Kidney Diseases (NIDDK), a 0.05 percent decrease from 2014. The Agency for Healthcare Research and Quality (AHRQ) budget would also shrink. The president proposed $439.7 million for AHRQ, a decrease of 5.2 percent. The Department of Veterans Affairs (VA) medical research program would increase by 0.6 percent to $588.9 million.

“ASN is glad to see the president’s budget requests for NIH and VA research in 2015 heads in the right direction,” said John R. Sedor, MD, FASN, ASN secretary-treasurer and Research Advocacy Committee chair. “But at the same time we shouldn’t be cutting the National Institute of Diabetes and Digestive and Kidney Disease’s budget. More than 20 million Americans have kidney disease, costing Medicare, and ultimately taxpayers, nearly $77 billion every year for their care. Of that amount, less than 1 percent is invested in kidney research. We need more kidney research dollars for better preventions and therapies, not less.”

The president’s budget also includes $55.4 billion to support a new initiative—called the Opportunity, Growth, and Security Initiative—to boost funding in several areas, including infrastructure and research. Although it would provide another $970 million to NIH on top of the 0.7 percent increase in 2015, Congress would need to increase the federal budget caps for 2015 above the current spending limit levels.

That seems unlikely given that Congress already recently raised the budget caps for 2014 and 2015 to restore some of the funding cuts during those 2 years. As part of its deficit reduction efforts in 2011, Congress passed budget caps for fiscal years 2014 to 2021. ASN is an active member of several coalitions, including the Coalition for Health Funding, dedicated to raising awareness about the impact of those cuts and successfully helped secure the Bipartisan Budget Act that raised the spending caps in 2014 and 2015.

ASN is also implementing an aggressive new research advocacy plan to raise awareness about kidney disease and increase support for more kidney research. One of the society’s research advocacy priorities is a Government Accountability Office report to assess whether current federal investments in kidney research are adequate, and to identify the best strategies for reducing the burden of kidney disease. ASN is confident the report will help bolster another top ASN priority, asking Congress for an additional $1.5 billion ($150 million over 10 years) for kidney research funding.