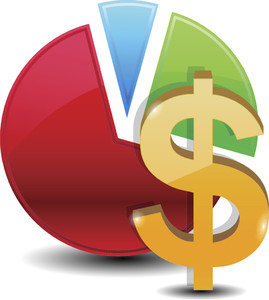 At the tail end of one of the least productive years in congressional history, Congress managed to pass a bipartisan budget deal for 2014 that President Barack Obama signed into law on January 17. The deal capped a long year of budget showdowns, including the 16-day government shutdown in October. Like most federal budgets, there is both good and bad news: the deal reinstated some funding—but not all—to budget cuts in 2014.

“ASN thanks Congress for passing a budget that provides NIH an additional $1 billion in 2014,” ASN President Sharon M. Moe, MD, FASN, said. “Investments in medical research by NIH pay off big dividends: in lifesaving treatments for patients with serious illnesses like kidney disease, in more efficient and effective care, and even cures that result in long-term federal health care savings. Because of recent breakthroughs, like the discovery of the APOL1 gene as a risk factor for kidney disease progression in African Americans, we are on the cusp of some amazing new advances in medicine. However, the budget does not reverse all the harmful cuts to NIH. Cuts to NIH funding will slow down progress, which is why ASN urges Congress to restore all funding for NIH.”

The research budget for the Department of Veterans Affairs (VA) fared better, receiving $585 million, an increase of a little more than $4 million over 2012. However, this growth is not sufficient for the VA to keep up with the cost of inflation, making it challenging to invest in new opportunities such as the Million Veteran Program, the largest longitudinal study in history. The goal of the Million Veteran Program is to collect health information from 1 million veterans to learn more about how genes affect health, which could lead to improved screenings, diagnoses, prognoses, and personalized therapies.

ASN leaders are meeting with leaders from the VA’s Office of Research and Development in February to discuss opportunities for leveraging the genetic information collected in the Million Veteran Program to better understand kidney disease. ASN leaders also have February meetings at NIH to discuss opportunities for addressing health disparities, and with congressional offices to discuss the best strategies for reducing the burden of kidney disease.

These efforts are part of ASN’s aggressive new research advocacy strategy. The society is also engaging partners in the kidney community to develop a unified advocacy message to promote the public health burden of all kidney diseases and benefits of federal investments in kidney research.

“More than 20 million Americans have kidney disease, placing them at increased risk for serious adverse health conditions such as cardiovascular disease and kidney failure,” said ASN Treasurer-Secretary and Research Advocacy Committee Chair John R. Sedor, MD, FASN. “ASN thanks Congress for providing additional funding for NIH and VA research in the 2014 budget, and is committed to working with the VA, NIH, and Congress to explore every possible avenue for preventing the progression of kidney disease.”