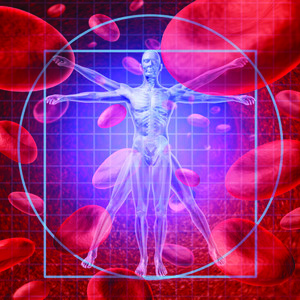 Our thinking on sodium balance is largely based on textbook teachings (2): “If dietary intake is abruptly increased from a low-sodium diet, only about one-half is excreted on the first day. This state of affairs elevates the plasma osmolality, stimulating both thirst and secretion of antidiuretic hormone. The increments in water intake and renal water reabsorption produce water retention, resulting in increases in effective circulating volume and weight. After 3-4 days, a new steady state is achieved in which renal sodium excretion matches intake. The same sequence occurs in reverse if sodium intake is reduced.” This experiment, which was first described by the 19th century physiologist Carl Ludwig, places renal sodium handling into the very center of sodium homeostasis (3). Today’s molecular exploration of mechanisms of sodium excretion and reabsorption by renal glomerular or tubular systems in response to abrupt changes in salt intake is the most logical continuation of this experimental approach.

However, recent evidence from experiments in humans and in animals suggests that there are limitations with this well-established concept. Our research on salt and water balance has traditionally relied on the study of renal short-term adjustment in response to dietary extremes. The reverse experiment during a simulated long-term space flight to Mars, namely study of renal excretion of sodium in response to long-term constant salt intake, showed astounding results. We found that humans rhythmically retain and excrete sodium in their urine over weeks and months, resulting in significant accumulation and release of body sodium—without the expected changes in body weight. This finding was highly anomalous, because it neither supported the model that dietary salt is excreted by the kidneys within 24 hours (steady-state theory), nor that sodium accumulation invariably leads to fluid retention (equilibrium theory). Sodium had been stored in tissues. Additional animal experiments have revealed that sodium can be stored in muscle and in the skin. While the mechanisms of sodium storage in muscle have not yet been addressed, skin sodium storage to our surprise leads to osmotic stress, which triggers an even more surprising regulatory response by immune cells. Apparently, macrophages act as onsite controllers of interstitial sodium and blood pressure homeostasis. The cells sense sites of sodium storage in the skin and most presumably modulate electrolyte and fluid transport by cutaneous lymph capillaries, thereby enhancing removal of interstitial sodium- and chloride-rich fluid from the skin tissue. Failure of this physiological extrarenal regulatory homeostatic immune cell response leads to local electrolyte accumulation in the skin and salt-sensitive hypertension. Investigation of tissue sodium content has shown that this storage phenomenon is not an animal-research curiosity, but also exists in humans. Visualization of reservoir sodium by 23Na magnetic resonance imaging technology revealed sodium storage in human muscle and skin, which increases with age, is more pronounced in men than in women and is directly associated with blood pressure levels.

Emerging basic research questions are how sodium storage is organized at the cellular level, and whether the immune/lymph system forms a homeostatic regulatory network for tissue electrolyte balance. Clinicians may ask whether humans with increased sodium storage are at risk for developing cardiovascular disease, and whether tissue sodium content can be modified by lifestyle changes or medical treatment. The concept of extrarenal regulation of sodium homeostasis provides new avenues for the preclinical and clinical research community.

Jens Titze, MD, is affiliated with the Division of Clinical Pharmacology at Vanderbilt University in Nashville, TN.