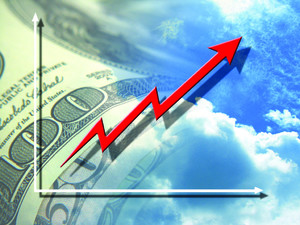 NxStage, a manufacturer of home-based dialysis equipment like the NxStage System One (to date the only portable home system cleared by the U.S. Food and Drug Administration for use in home hemodialysis) and other dialysis products, announced fourth-quarter and year-end results for 2012.

NxStage attributed the performance to growth in the home-based dialysis market because of the growing adoption of home hemodialysis with the System One.

NxStage has also enjoyed three recent occurrences that have positioned the company well to do business with members of the European Union (EU). The company obtained CE Mark approval (for doing business in the EU) for its high-flow dialysis capabilities, for its single-needle technology, and for nighttime home hemodialysis with the System One. Although it has been approved for home hemodialysis in the United States, the System One is not currently approved for nocturnal home hemodialysis. NxStage is presently conducting a trial in the United States for this indication.

Separately, NxStage announced plans to transition to a direct sales operation in the United Kingdom, cutting out a distributor relationship. The company anticipates that this action will further strengthen its relationships with local customers and position it to take advantage of new product approvals more rapidly.

“With increasing confidence in our ability to drive continued growth with new direct-to-patient marketing programs, we believe the overall effect of our product execution is that we are better positioned to accelerate adoption of our therapies with much greater potential than in the past,” said NxStage chief executive officer Jeffrey Burbank. “With the benefit of these programs largely expected in 2014, we expect top-line 2013 revenue to remain strong and grow at a rate similar with 2012, followed by accelerated success and over 15 percent annual revenue growth in 2014 and beyond, excluding any benefit of service revenue from NxStage-owned centers of excellence.”