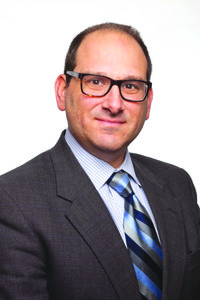 When Kidney Disease: Improving Global Outcomes (KDIGO) was first announced in 2004, I was confused. We had Kidney Disease Outcomes Quality Initiative (KDOQI), which seemed reasonably successful and had been well integrated into nephrology. I had learned and was teaching the KDOQI chronic kidney disease (CKD) stages. Researchers were using the CKD stages to define populations and create prognostic models. Dialysis providers were adopting the renal osteodystrophy guidelines as treatment targets and directing their nurses, dietitians, and social workers to empower patients to achieve these goals. Additional guidelines seemed superfluous. When I looked into KDIGO, however, I saw something very different from the KDOQI guidelines. KDIGO, in the introduction of the bone guidelines, promised to avoid opinion-based recommendations. They wanted to limit the evidence they considered to randomized controlled trials of 6 months duration with at least 50 patients. They wanted to avoid using nonvalidated intermediate end points or biochemical intermediate end points not validated as surrogates for hard end points. This commitment to evidence and shunning of expert opinion was the “aha moment” where I understood how KDIGO was different from KDOQI. As I understood it, KDIGO was to provide an evidence-based foundation from which individual professional organizations and government agencies could build additional guidelines. The foundation would be an evidence-based framework that could be trusted to be free from bias and based on the best science offered to date.

After my aha moment, I didn’t pay further attention to the KDIGO construction process which meant that I was in for a rather rude surprise when the CKD–mineral and bone disorder (CKD-MBD) guidelines were published in 2009. I was familiar with the KDOQI guidelines and had looked behind the veil at the thin data used to support them. This was not a wall of evidence but more of a chain link fence, more holes than steel. I had seen the lack of data so I understood how high the work group had set the bar. There were (and still are) no randomized controlled trials testing various parathyroid hormone (PTH) targets or, for that matter, no calcium, phosphorus, or bicarbonate targets. We had no qualifying data that phosphorus binders, vitamin D or its analogs provided any patient-oriented, nonbiochemical benefits. I naively thought that the guidelines would be little more than a blank piece of paper given the sorry state of randomized controlled trials focused on the questions inherent in CKD-MBD management. So as I read the guidelines I became confused. They were chock full of specifics that I knew could not have been from randomized controlled trials. Reading the introduction cleared up my confusion:

“The public review overwhelmingly agreed with the guideline recommendations. Interestingly, most reviewers requested more specific guidance for the management of CKD–MBD, even if predominantly based on expert judgment, whereas others found the public review draft to be a refreshingly honest appraisal of our current knowledge base in this field…. the KDIGO Board in its Vienna session in December 2008 refined its remit to KDIGO Work Groups. It confirmed its charge to the Work Groups to critically appraise the evidence, but encouraged the Work Groups to issue practical guidance in areas of indeterminate evidence” (1).

I had hoped that an international clinical practice guideline as high profile as KDIGO that published empty guidelines due to a lack of evidence would shame the nephrology stakeholders to do the studies we need to know how to take care of our patients. In the end KDIGO blinked and published guidelines, very much in the same vein as the KDIGO guidelines that came before them. In their defense, KDOQI rated the strength of evidence and the strength of the recommendation for all of the guidelines, but despite their plea that “Only when evidence is sufficiently strong to conclude that additional research is not needed should guidelines be used to mandate specific medical practices with, for example, clinical performance measures” (1).

I am seeing the KDIGO guideline operationalized in my dialysis units. Soon after the CKD-MBD guidelines were published our PTH targets went from 150–300 pg/mL to 150–600 pg/mL, and our phosphorous goals went from less than 5.5 mg/dL to less than 4.5 mg/dL. Both changes represent a shift from KDOQI to KDIGO targets. Nowhere in my experience rounding was it made clear that these were grade level 2C recommendations (suggestions rather than recommendations based on “low” levels of evidence). Guideline grades are too subtle to intrude in any meaningful way in the dialysis unit.

When I take care of my patients I want to provide the best care possible, but for reasons unclear to me, science has not cast its light on the dark halls of nephrology. I hoped that KDIGO would have shown that the emperor wore no clothes, but had they published a blank piece of paper it would have been a one-week story of outrage and editorials but it would have made KDIGO unimportant, irrelevant, and we would not be celebrating its 10th anniversary.

Joel Topf, MD, is an assistant professor at Wayne State University School of Medicine and affiliated with the St. John Hospital and Medical Center in Detroit, MI.