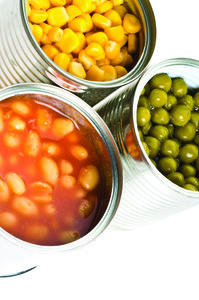 Recent studies add growing evidence to the potential dangers of exposure to bisphenol A (BPA). The estrogen-like chemical may be linked to diabetes in adults and to heart and kidney disease in children. Still, the risks are far from clear.

In some of the most recent work, researchers found a link between BPA and low-grade urinary albumin excretion in children and adolescents (Trasande L, et al. Kidney Int 2013 Jan 9. doi: 10.1038/ki.2012.422). The findings suggest that youngsters who are exposed to BPA, which was once used widely in plastic bottles and is still found in aluminum cans and register receipts, may have an increased risk for the development of heart and kidney disease.

BPA may negatively affect health in a variety of other ways, according to published and ongoing studies. Animal research has linked BPA with early sexual maturation, altered behavior, hyperactivity, and effects on prostate and mammary glands. In humans, the chemical has been linked to cardiovascular disease, diabetes, and male sexual dysfunction (Schecter A, et al. Environ Sci Technol 2010; 44:9425–9430. doi: 10.1021/es102785d).

The latest study by Trasande et al. involved an analysis of data from 710 children and adolescents who participated in the 2009–2010 National Health and Nutrition Examination Survey, which included measurements of urinary BPA and albumin. Compared with children with the lowest amount of BPA in their urine, children with the highest amount had an albumin-to-creatinine ratio that was 0.91 mg/g higher.

The findings may be particularly worrisome for children with poor kidney function.

“While we excluded children with preexisting kidney disease from our analysis, I am concerned that BPA exposure may have even greater effects on children with kidney disease,” said co–lead author Howard Trachtman, MD, of New York University School of Medicine. “Because their kidneys are already working harder to compensate and have limited functional reserve, they may be more susceptible to the adverse effects of environmental toxins. We clearly need further study of BPA exposure and its effects on the kidney both in healthy children and in children who have preexisting kidney disease.”

Trachtman and his colleagues noted that the link they found between BPA and low-grade albuminuria is consistent with previous results found in Chinese adults. They said the link supports efforts to prevent harmful exposure to the chemical.

“While our cross-sectional study cannot definitively confirm that BPA contributes to heart disease or kidney dysfunction in children, together with our previous study of BPA and obesity, this new data adds to already existing concerns about BPA as a contributor to cardiovascular risk in children and adolescents,” said co–lead author Leonardo Trasande, MD, MPP, also of New York University School of Medicine.

Trasande is referring to a study published last year in the Journal of the American Medical Association that included almost 3000 children and adolescents aged 6 to 19 years (Trasande L, et al. JAMA 2012; 308:1113–1121). The study found that 22.3 percent of children and adolescents with the highest levels of BPA in their urine were obese, compared with slightly more than 10 percent of children and adolescents with the lowest levels of BPA. That translates to 2.6 higher odds of obesity in the highest BPA group compared with the lowest BPA group. Previous research has also shown that elevated urinary BPA concentrations are associated with obesity and incident coronary artery disease in adults.

As these and other studies continue to find correlations between BPA and negative health outcomes or increased risks of disease, studies in animals are generating a wealth of additional, sometimes conflicting, data.

For example, mouse studies by Randy Jirtle, PhD, of the University of Wisconsin-Madison, have revealed that exposure to BPA in the womb results in the agouti gene being inappropriately expressed, leading to offspring that have a yellow coat color and that are more susceptible to obesity and type 2 diabetes than are mice with darker fur. The researchers found that BPA did so by affecting the methylation of DNA, an epigenetic change that does not involve alterations in the DNA sequence.

A recent 3-year study using more than 2800 mice did not find that BPA results in more offspring with yellow coat color and a corresponding risk for adult diseases (Rosenfeld CS, et al. Proc Natl Acad Sci USA 2013; 110:537–542). Senior author Cheryl Rosenfeld, PhD, of the University of Missouri, noted that her team’s findings say nothing about the positive or negative effects of BPA. (Previous studies in her laboratory indicated that developmental exposure to BPA can disrupt adult behaviors and compromise cognitive abilities in mice.)

According to Jirtle, Rosenfeld’s group classified offspring into fewer categories of coat color and bred the females multiple times, which could have decreased the sensitivity of the assay and masked the hypomethylating effects of BPA.

The effects of high-dose BPA seen in Jirtle’s studies have been reproduced in another study from the laboratory of Dana Dolinoy, PhD, of the University of Michigan School of Public Health, which also found that there seems to be a clear dose–response curve for BPA, with low doses being less effective at hypomethylating, and possibly leading to an opposite, hypermethylating effect (Anderson OS, et al. Environ Mol Mutagen 2012; 53:334–342).

Dolinoy and her team are currently investigating environmental epigenetics and gene–environment interactions using animal models, human clinical samples, and human population studies. One recent study of human fetal liver samples showed that there was considerable exposure to BPA during pregnancy (Nahar MS, et al. J Biochem Mol Toxicol 2012 Dec 3. doi: 10.1002/jbt.21459) and that BPA in fetuses was in a form not eliminated from the body, unlike previous studies showing that adult humans can metabolize the chemical and rid their bodies of it. The researchers recently found that female mice exposed to BPA through their mother’s diet during gestation and lactation became hyperactive as adults, also exhibiting spontaneous activity and having leaner body mass than mice not exposed to the chemical (Anderson OS, et al. FASEB J 2013 Jan 23. [Epub ahead of print]).

Dolinoy’s laboratory is conducting ongoing research that builds on epidemiologic and exposure studies in the United States, Mexico, and Egypt. The aim is to characterize perinatal and peripubertal exposure to BPA and to determine how such exposure affects the epigenome.

“There are several things we need to look at in evaluating studies that look at BPA’s effects on health, such as timing of exposure, levels of exposure, and toxicant–diet interactions,” Dolinoy said. “In combining animal studies with human cohorts and focusing on developmental exposures and later-in-life health risks, such as obesity, we are evaluating epigenetics as the mechanism linking these two disparate periods of life.”

Experts agree that it is important to continue to study the effects of exposure to BPA and to monitor the extent of exposure to humans and the environment.

A 2010 study investigated the levels of BPA in fresh food, canned food, and food in plastic packaging in the United States (Schecter A, et al. Environ Sci Technol 2010; 44:9425–9423). The researchers detected BPA in 63 of 105 samples, including fresh turkey, canned green beans, and canned infant formula. BPA levels were higher in foods with a pH of 5 than in more acidic and alkaline foods.

Another source of BPA exposure lies in the thermal receipts generated at stores and automatic teller machines, for which it is used as a color developer. One study found that the estrogenic properties of thermal paper could be effectively removed through incubation with partially purified laccase from newly isolated ascomycete fungi (Divya LM, et al. Appl Biochem Biotechnol 2013 Jan 10. [Epub ahead of print]). Such treatment could potentially lower public exposure to BPA if it is adopted by industry.

With such a widespread presence of BPA, however, it may be difficult to avoid the chemical. Only increased attention and investigation can help reveal the true health effects of BPA and ultimately spur efforts and policies to reduce exposure.