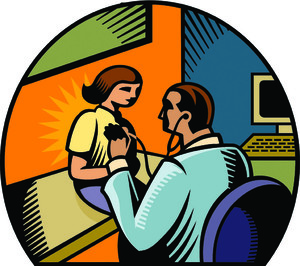 Children in need of a kidney transplant have had priority over older candidates for organs from young deceased donors since a policy called Share 35 was implemented in 2005. A new study in the Journal of the American Society of Nephrology looks at the effects of this policy on pediatric kidney transplantation, particularly as they relate to race.

“We sought to examine whether the Share 35 allocation policy improved deceased donor transplant access for children across races equally, because in the past, black and Hispanic children with end stage renal disease have had reduced access to transplantation,” said lead author Sandra Amaral, MD, of the Children’s Hospital of Philadelphia. “We also wanted to understand overall access to transplantation, meaning access to both living and deceased donors, because there have been previous concerns that children are not receiving as many kidneys from living donors since the implementation of the Share 35 policy.”

Although everyone with ESRD deserves a well-functioning transplanted kidney, Share 35 prioritizes the allocation of organs from deceased donors younger than 35 years old, who are more likely to have been healthier at the time of their deaths than older donors, to pediatric candidates, who have the greatest long-term potential for a healthy future. Currently, more than 800 children and adolescents in the United States are waiting for a kidney transplant.

To see how Share 35 has affected kidney transplantation among children, Amaral and her colleagues analyzed data from the United States Renal Data System before and after Share 35 was implemented. These data applied to 2299 pediatric patients with kidney failure who received a transplant before Share 35 and 2467 patients who received one afterward.

The investigators found that, on average, pediatric patients were 46 percent more likely to receive a deceased donor kidney transplant after being waitlisted in the post–Share 35 era than in the pre–Share 35 era.

“This study proves that the vision to change the allocation policy set up by the United Network for Organ Sharing is working, and more young patients are getting kidney transplants earlier,” said Mark Mitsnefes, MD, who was not involved with the study and is a pediatric nephrologist at Cincinnati Children’s Hospital Medical Center. “This is an important achievement, since previous studies showed that shorter time on maintenance dialysis or preemptive kidney transplants results in a better long-term patient survival.”

According to the researchers, there were fewer differences in the degree of HLA mismatch between races since Share 35 was implemented, but this seems to be primarily driven by whites receiving poorer HLA matches. It is unclear whether the benefits of shorter wait times and younger donors outweigh the risks of higher immunologic discordance between pediatric recipients and their donors.

Despite the benefits that have come from Share 35, the policy also seems to be having a negative effect on living donations for kidney transplants, as other studies have indicated. Investigators wonder whether the policy may be influencing parents and candidates to wait for a deceased donor organ rather than ask family members or friends to go through the living donation process. Also, perhaps parents and candidates may hope to save a living donor kidney for a future repeated kidney transplant that may be needed.

“Reduced racial disparities in access to deceased donor kidney transplant for children with end stage kidney disease is a very positive step toward achieving equity in overall transplant access for all children, Amaral said. “However, greater declines in living donors for all pediatric patients, particularly for those of black or Hispanic ethnicity, may be a concern.

“Less access to living donors for children with end stage kidney disease may mean that these patients have less access to the best quality kidneys and less potential for the best graft survival,” Amaral explained. Data from the Scientific Registry of Transplant Recipients show that 59.3 percent of living-donor kidneys and 43.3 percent of deceased donor kidneys survive for at least 10 years. Greater efforts may be needed to encourage more living donations for recipients of every race, ethnicity, and socioeconomic status and to overcome some of the medical and logistic barriers that are associated with it.

Future studies should weigh the potential downsides of Share 35 against its positive attributes, Mitsnefes said. “Longer follow-up is needed to determine if the benefits of Share 35 are more significant than the loss of benefits from living donor transplantation,” he said. Additional studies are also needed to enable an understanding of how changes brought about by Share 35 ultimately affect racial differences in the long-term health of transplanted kidneys.