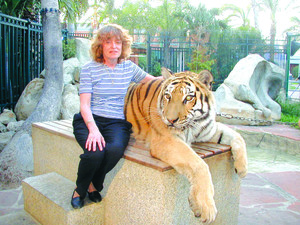 Let’s start by reviewing the physiologic changes in the kidneys and the urinary tract during pregnancy.

Glomerular filtration rate and renal plasma flow increase by 30 to 50 percent with a detectable increase as early as 4 weeks gestation. The increased GFR peaks at 9 to 11 weeks and is maintained until near term. Renal plasma flow increases by 35 to 50 percent. Pregnant women become volume expanded by 6 to 8 liters, with 75 percent of the expanded volume extracellular. Plasma volume expands by 40 to 50 percent, and there is a net retention of about 900 mEq of sodium. Urinary protein excretion may increase but it remains below 300 mg/24 h in normal pregnancy and urinary albumin remains less than 30 mg/24 h.

Other changes include a respiratory alkalosis, which results in the serum bicarbonate dropping to 18 to 22 mEq/L. There is a reset osmostat, which results in lower osmolality, primarily through a drop in serum sodium to about 134 mEq/L. Uric acid levels drop because of a combination of increased filtration and decreased tubular reabsorption so that levels are normally 2.5 to 4 mg/dL.

Pre-eclampsia remains the most common and among the most important hypertensive disorders in the pregnant population. Based on the latest research and evidence, it appears that we understand more and more about this disease. Can you tell us what we currently know and what advances we have learned about the pathophysiology of pre-eclampsia?

Pre-eclampsia is a multisystem disease characterized by endothelial dysfunction and vasoconstriction. It results in end organ disease, which can affect the kidney, liver, brain, and hematologic system. Although clinical manifestations are only apparent after 20 weeks gestation, the problem begins with abnormal placental development. There is a failure of fetal cells to transform uterine spiral arteries from small constricted vessels to dilated high-flow vessels, resulting in placental ischemia. In pre-eclampsia, the placenta releases excessive amounts of the antiangiogenic factors soluble fms-like tyrosine kinase 1 (sFlt1) and endoglyn. When present in high quantities, these bind to vascular endothelial growth factor (VEGF) and placental growth factor (PlGF). VEGF and PlGF are necessary for preserving the ability of the endothelium to produce vasodilatory proteins such as nitric oxide and prostacyclin. The recognition of the role of antiangiogenic factors may lead the way to treatment of pre-eclampsia other than delivery of the baby.

What is the significance of ‘podocyturia?’ What are the pros and cons?

The finding of viable glomerular epithelial cells has been proposed as a test for the diagnosis of pre-eclampsia. At this point, there is not enough experience with it to justify routine use.

The use of angiotensin converting enzyme (ACE) inhibitor therapy in the first trimester remains controversial. What about angiotensin receptor blockers (ARBs)?

ACE inhibitors (and ARBs) are contraindicated in the second and third trimester because they are associated with renal dysplasia and pulmonary hypoplasia, resulting in contractures, abnormal calcification of the fetal skull, acute or chronic renal failure, and death from respiratory failure. They were thought to be safe in the first trimester until a 2006 report in the New England Journal of Medicine noted congenital anomalies in 7.1 percent of infants born to women exposed to ACE inhibitors compared to 2.6 percent of infants who were not exposed to any antihypertensive drugs There were 209 infants exposed to ACE inhibitors and 29,096 controls. Congenital anomalies were predominantly cardiac malformations.

Several studies with comparable numbers of exposed infants have not confirmed these findings, and the association is still in doubt. It makes sense to stop ACE inhibitors in women planning pregnancy who are expected to conceive quickly. I don’t think there is enough evidence to avoid ACE inhibitors in all women of childbearing age. Counseling about the need to plan pregnancies and to stop the drug when pregnancy is attempted should be enough. A small group of women have renal disease and markedly decreased fertility. For them, stopping the drug when pregnancy is planned may mean years without the drug. I have continued ACE inhibitors in such women. There is less experience with ARBs but most people assume that ARBs will carry the same risk.

Does underlying CKD have any effect on fertility? On pregnancy?

Fertility is decreased once the creatinine is about 2 mg/dL. Because we don’t know the denominator of women trying to become pregnant with different degrees of CKD, the estimate of fertility can’t be precise. CKD increases the risk of hypertension/pre-eclampsia, and premature birth. In women with serum creatinine greater than1.4 mg/dL, pregnancy will cause an acceleration of renal disease in 30 to 50 percent.

How reliable is the MDRD GFR formula in estimating renal function in pregnant patients?

The MDRD formula hasn’t been validated in pregnancy.

Is it possible for dialysis patients to become pregnant? What are the complication rates compared to the general population?

In surveys of women of childbearing age treated with dialysis, the likelihood of pregnancy ranges from 0.3 percent per year in Belgium to 1 percent per year in Saudi Arabia. There is a group of nocturnal dialysis patients in Toronto who dialyze 36 h/week, who have had a 15 percent conception rate. Only about half of pregnancies in dialysis patients result in surviving infants, and premature delivery is the rule (80 percent). Maternal complications include hypertension and anemia.

Dialysis time should be increased to 24 h/week. The likelihood of a surviving infant increases to 75–80 percent with more than 20 h/week of dialysis. A 24 h/week prescription allows for access failure and snowstorms. Hypophosphatemia, hypokalemia, and metabolic alkalosis are complications of increased dialysis. Premature labor and fetal distress with hypotension during dialysis are problems unique to pregnant dialysis patients.

Please tell us about the use of ESAs in pregnant patients.

Most dialysis patients have been on ESAs for weeks before pregnancy is diagnosed and it does not appear to be associated with congenital anomalies. Erythropoietin probably does not cross the placenta, but it is not known whether darbepoietin does.

During pregnancy, a higher dose may be needed to achieve the same target hemoglobin. Most of the complications seen in pregnant dialysis patients were seen before ESAs were available. Patients with renal insufficiency not on dialysis may become more anemic during pregnancy. Since ESAs may increase the risk of hypertension, I would not start them until the hemoglobin reaches 8 g/dL.

Mycophenolate is teratogenic and should be discontinued or switched to another drug. There is very little experience with sirolimus and everolimus. Doses of calcineurin inhibitors may need to be changed because of the change in space of distribution.

Women are usually advised to wait 1 to 2 years after transplant to become pregnant. Blood pressure and blood sugar should be well controlled and creatinine less than 2 mg/dL (preferably 1.4 mg/dL or less). Opportunistic infections such as cytomegalovirus, toxoplasmosis, listeria, and herpes are problematic during pregnancy.

There has been a lot of research involving lupus nephritis. Please tell us what we have learned from these studies with regard to lupus nephritis and pregnancy.

Lupus nephritis has a high risk of relapse during pregnancy even if it is in remission at the time of conception. There may be rapid progression of renal insufficiency even in women who start pregnancy with a normal serum creatinine. Some of the most difficult problems come from extrarenal lupus such as cerebritis or pericarditis.

Lupus flares can be treated with high dose steroids in the first trimester. Cyclophosphamide has been used later in pregnancy. Antibodies associated with lupus are IgG and cross the placenta. Anti SSA is associated with congenital heart block. Other antibodies may give rise to rashes and thrombocytopenia in the newborn.

What is your experience with regard to performing percutaneous renal biopsies in pregnant patients? Indications? Complication rates?

Indications include new onset lupus, unexplained renal failure, and nephritic syndrome severe enough that steroid treatment is being considered. In experienced hands, complications from renal biopsy during pregnancy are similar to complications from biopsies in women who aren’t pregnant, but most people have too little experience to be able to calculate complication rates.