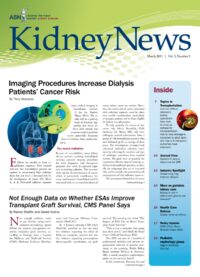 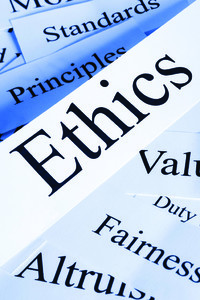 A wide array of ethical issues comes into play regarding renal transplantation after prior solid organ transplantation. They include concerns about prevention and access. One must first understand the scope of the problem. The prevalence of chronic kidney disease (CKD) among prior non–renal organ transplant (NRTx) recipients is between 80 percent and 100 percent for those who survive three years. The more advanced stages of CKD, types IV and V, occur in 5–20 percent of patients by five years after NRTx, and they vary according to the type of transplant. CKD is lowest in heart–lung recipients and highest in intestine and liver recipients.

A recent study demonstrated that between 1995 and 2008, the NRTx representation on the national wait list increased from less than 1 percent to 3.3 percent. By way of comparison, the representation for immunoglobulin A nephropathy is 2.8 percent and for systemic lupus erythematosus is 2.9 percent. Kidney listings for patients with prior liver or lung transplantation went up by 303 percent and 635 percent, respectively, whereas listings for repeat kidney patients and those with no prior transplant went up by only 70 percent and 74 percent, respectively. Listings for NRTx significantly outpaced those for other diagnoses on the wait list.

Success with extrarenal transplantation over the past two decades has created a new etiology for CKD that has increased the burden on health care resources and amplified the disparity between transplantable organs and persons in need. The NRTx population now represents one of the most rapidly growing populations gaining access to kidney wait lists.

A variety of risk factors have been identified in NRTx that are associated with the development of CKD, most notably the use of calcineurin inhibitor drugs. If one disease begets another, it could be argued that the care of such patients requires specific attention to preservation of renal function to improve patient outcomes and control the high use of resources associated with renal replacement therapy. Is this currently being performed uniformly? One potential action item along these lines could be the development of guidelines for care that would identify certain triggers for active management of nephrology in these patients. Early intensive management of risk factors could play a role in reducing the need for renal replacement.

The second concern is that of access, which is inexorably linked to the issue of prevention. Because of the higher risk of CKD, the NRTx population should be more frequently receiving nephrologic care. This may be the case, inasmuch as NRTx recipients typically receive heightened surveillance as part of the routine care of the nonrenal organ. Do these patients have preferred access to transplantation compared with other groups as a result of their closer follow-up care?

No data are available regarding the frequency of nephrologic input in NRTx. But the manner in which these patients are listed was recently reviewed. The likelihood that NRTx patients will receive a preemptive transplant compared with candidates who had a prior kidney transplant or no prior transplant was assessed. Preemptive listing occurred for 38 percent of NRTx patients, 23 percent of prior kidney transplant patients, and 21 percent for those with no prior transplant. This greater access to early listing for NRTX candidates is striking. The reasons remain speculative but likely reflect the greater intensity of follow-up care that transplant recipients receive compared with the general CKD population. Is this preferential access unfair just because it is a highly monitored population? NRTx recipients have a higher wait list mortality than do candidates with no prior organ transplant, so early preemptive listing represents a good choice for these patients. Given this higher wait list mortality, do NRTx patients receive more Expanded Criteria Donor (ECD) kidneys? This was the rationale for the development of the ECD program: to offer patients with a higher wait list mortality a chance to get a kidney more quickly. Data suggest that NRTx patients were listed for ECD at a rate no different from those of other populations, which suggests underutilization of ECD kidneys.

This issue of higher mortality of NRTx patients on the wait list creates some independent concern regarding candidacy for a renal transplant. The fact is simple: these patients die earlier than do kidney-only candidates. Any decision to offer transplantation to NRTx patients must take into account the expected survival of the patient with the new kidney. Some factors to consider include how long the nonrenal organ has been in place, its current function, tolerance of the patient to cycling of immunosuppression, and other comorbidities. In the end, the fixed, unmodifiable comorbid conditions weigh heavily in how well NRTx will do.

Additional concerns may arise from transplant centers. In an environment under regulatory scrutiny, excessive one- or three-year graft or patient mortality may generate quality concerns at individual programs. No data are available regarding the one- and three-year outcomes in the NRTx population. We know that these patients have increased wait list mortality. The diagnosis of NRTx is not currently risk adjusted in national outcome reporting. If the outcomes are poorer and a given center has an enriched population of such patients, it could adversely affect the quality profile.

David Goldfarb is director of the Section of Renal Transplantation at the Glickman Urological Institute in Cleveland, Ohio.