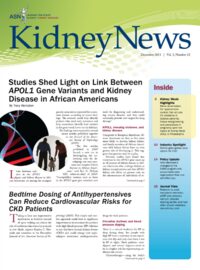 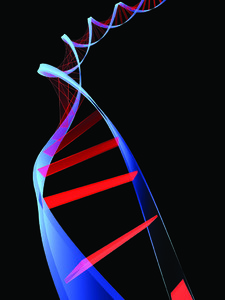 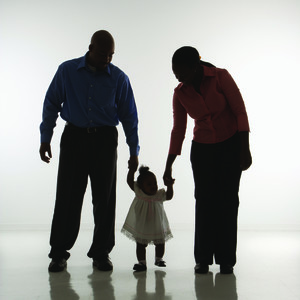 Links between variants in the APOL1 gene and kidney disease in African Americans are among the strongest genetic associations reported for a common disease, according to recent findings. The research could help identify patients who need early treatment and help researchers identify how variants in the gene wreak havoc on the kidneys.

The findings were reported in several recent articles published together in the Journal of the American Society of Nephrology (JASN).

“The five articles published in JASN launch a new era in investigating the underlying risks for developing two very common and complex kidney diseases in African Americans,” said Eric G. Neilson MD, editor-in-chief of JASN. “Susceptibility variants such as those in the APOL1 gene give scientists new tools for diagnosing and understanding certain diseases, and they could eventually provide new targets for drug therapy.”

Previous studies have found that variations in the APOL1 gene cause up to 40 percent of kidney disease in African Americans who undergo dialysis or kidney transplantation and that APOL1 kidney risk alleles are present only on the chromosomes of individuals of recent African descent. The APOL1 gene creates a protein that is a component of HDL, or good cholesterol. The protein circulates on HDL3 complexes, the densest HDL fraction, and is expressed in multiple tissue types. Researchers have wondered how variants in the APOL1 gene contribute to kidney disease and why certain variants are so common in African Americans.

Individuals inherit two copies of the APOL1 gene—one from each parent. It turns out that if they inherit one copy of an APOL1 gene variant, they are protected from the parasite Trypanosoma brucei rhodesiense that causes African sleeping sickness, a disease transmitted by the tse-tse fly. For this reason, these variants have been preserved through evolution and are common in individuals with African ancestry. Unfortunately, when both copies of the APOL1 gene contain a variant, a person has an increased risk of developing kidney failure.

In the latest JASN studies, researchers investigated how common APOL1 gene variants are in individuals with and without kidney disease, examined whether African Americans with the variants need dialysis at a younger age than those without the variants, and analyzed individuals’ kidney tissues to see how the protein created by the APOL1 gene affects kidney health.

To determine how common APOL1 gene variants are, Ali Gharavi, MD, of Columbia University College of Physicians and Surgeons, and his colleagues looked for the variants in 74 healthy African Americans and African Americans with various common kidney disorders: 44 with focal segmental glomerulosclerosis (FSGS, which is characterized by scarring of the kidneys), 21 with HIV-associated nephropathy (HIVAN, a secondary form of FSGS linked with HIV infection), and 32 with IgA nephropathy (which occurs when antibodies build up in the kidneys). The researchers found that variants in the APOL1 gene often occurred in individuals with FSGS and HIVAN but not in those with IgA nephropathy. “This study confirms that genetic variation in the APOL1 gene is a major risk factor for two forms of kidney disease and that the risk imparted is significant enough that APOL1 testing may be used to determine people’s risk for kidney failure,” Gharavi said.

Delving deeper into the links between APOL1 gene variants and FSGS and HIVAN, Jeffrey Kopp, MD, of the National Institutes of Health, and his team studied 271 African American cases of FSGS and HIVAN, 168 European American cases, and 939 healthy individuals. African Americans with variants in both copies of the APOL1 gene had a significantly increased risk of developing FSGS and HIVAN. APOL1 variants conferred 17-fold higher odds for FSGS and 29-fold higher odds for HIVAN. Among those with either FSGS or HIVAN, having two APOL1 risk alleles could be responsible for 67 percent of cases.

Other researchers looked to see if APOL1 gene variants confer risks for other types of kidney disease among 2867 African Americans. Nondiabetics with two APOL1 gene variants had a fourfold increased risk of developing chronic kidney disease over nondiabetics without the gene variants, according to findings of Martin Pollak, MD, of Beth Israel Deaconess Medical Center, and his colleagues. African Americans with zero or one APOL1 risk allele, and African Americans with two risk alleles had microalbuminuria rates of 2.3 percent, 6.0 percent, and 16.5 percent, respectively. Rates of GFR < 60 mL/min/1.73 m2 were 1.5 percent, 1.7 percent, and 6.7 percent for these same groups. APOL1 genotype was not associated with any differences in kidney disease rates for individuals with diabetes.

“Our research shows that APOL1 variants explain the difference between the high rate of kidney disease in African Americans compared with European Americans,” Pollak said.

Pollak also collaborated with Ravi Thadani, MD, of Massachusetts General Hospital, and others to examine whether African Americans with APOL1 gene variants need dialysis to treat kidney failure at a younger age than those without the variants. Among 407 African Americans with kidney failure, individuals with two gene variants initiated chronic hemodialysis at an average age of 49.0 years, compared with 55.9 years for those with one gene variant and 61.8 years for those with no variants. “We may be able to predict when blacks with kidney disease will experience kidney failure well before it occurs,” said Thadani. These results suggest that patients with two variants may benefit from early therapies to protect their kidneys.

While these association studies all provide new and valuable information, questions still remain regarding how the proteins created by the APOL1 gene and its variants affect kidney health. To investigate, John Sedor, MD, of Case Western Reserve University, and his collaborators examined individuals’ kidney tissues and found that the protein created by the APOL1 gene resides in different regions of the kidney in patients with FSGS or HIVAN compared to individuals without kidney disease. APOL1 in the normal human kidney was localized to the podocyte, a cell type implicated in the pathogenesis of FSGS and HIVAN, as well as in proximal tubular epithelial cells and the endothelium of small renal arteries. In FSGS and HIVAN samples, APOL1 staining was diminished in the podocytes and proximal tubules while it was preserved in the endothelium of small renal arteries. It was also present in the vessel walls of the small renal arteries.

“Its appearance in the walls of small arteries in the kidney that occurs only in disease suggests that blood vessels may have an underappreciated role in the development and progression of these diseases,” Sedor said.

Experts in the field say these latest findings will have considerable clinical impact. “These landmark articles cement the role of APOL1 on nephropathy risk in African Americans,” said Barry Freedman, MD, and Donald Bowden, PhD, of the Wake Forest School of Medicine. “Particularly novel are APOL1 association results with chronic kidney disease in population-based samples and renal APOL1 distribution in diseased kidney tissue.”

The link between APOL1 gene variants and kidney disease in African Americans has been one of the more exciting research developments at the intersection of nephrology, population genetics, and evolutionary medicine in recent years, said Karl Skorecki, MD, director of nephrology and molecular medicine at the Technion Faculty of Medicine in Israel. “These new JASN studies bring these insights closer to the benefit of the individual patient by providing genetic epidemiologic parameters that will be needed in establishing guidelines for personalized risk and preventive intervention assessments based on APOL1 genotype,” he said.

More research is needed to understand how APOL1 variants contribute to kidney disease and what specific steps individuals with the variants should take to safeguard the health of their kidneys.

“The APOL1-kidney disease connection comes at a time of rapid progress in the genome-wide identification of risk loci that interact with each other and with environmental triggers and cofactors in determining kidney function in health and disease, and we all look forward to continued progress,” Skorecki said.