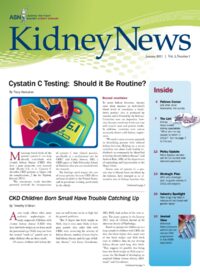 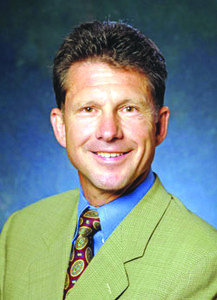 The renal physiology community suffered a major loss with the sudden death of Dr. Dale J. Benos on October 7, 2010. Dale died while taking a walk with his wife, one week after his 60th birthday. Dale was an active ASN member and was on the first editorial board of the Journal of the American Society of Nephrology, serving from 1989–1994. While Dale’s research spanned many disciplines, he is best known within the ASN for his seminal studies of renal sodium and chloride transport in the distal nephron. Dale was widely regarded as a teacher and mentor by his trainees. Perhaps even more importantly, he was universally respected as a colleague and genuinely nice person by all who were fortunate enough to have known him. Dale is survived by his wife and two daughters.

Dr. Benos’ research interests include mechanisms of cation transport across epithelial and cellular membranes. His laboratory frequently presented their work on the molecular biology of sodium and chloride channels from renal epithelia at ASN annual meetings. His work yielded seminal contributions to our understanding of renal ion transport and hypertension. Dr. Benos also made important research contributions into the molecular biology of sodium and chloride channels in lung, trachea, and brain; developmental aspects of ionic transport and metabolic function in preimplantation mammalian embryos and cultured neural and epithelial cell lines; and pathogenesis of AIDS Dementia Complex. Dr. Benos authored 221 original articles, 87 invited reviews, 10 commentaries, and edited five books. Dale was the Principal Investigator for 19 individual NIH research grants and has a patent pending for research efforts involving inhibition of inward sodium currents in human cancer.

Dr. Benos was widely regarded as a teacher and mentor. Dale taught for several years in the American Physiological Society’s Professional Skills Development Course. His efforts went well beyond the weekend program, as he kept in touch with the trainees with whom he worked and continued to offer guidance to them after the course. Dale trained many graduate students and postdoctoral fellows over his career, many of whom went on to highly successful research careers. Dale was also active in medical student education at UAB and played a leading role in developing and revising the curriculum at UAB. Dale was editor of the American Physiological Society’s Physiology in Medicine series. These papers highlight the physiologic basis and understanding of human diseases. I frequently used these papers on rounds to teach my medical students, residents, and fellows.

Dr. Benos was very active in serving several professional societies, in addition to the ASN. He was most active in the American Physiological Society, where he served as editor-in-chief of the American Journal of Physiology—Cell Physiology, Chair of the Publications Committee, and as the 79th President (2006–2007). Dr. Benos also served several other professional societies, including the Council of Science Editors; Society of General Physiologists; American Society for Biochemistry and Molecular Biology; Association of Chairs of Departments of Physiology; Society for Neuroscience; New York Academy of Sciences; the Biophysical Society; and the American Society of Cell Biology. Given Dr. Benos’ extensive experience in scientific publications, he was a leader in developing courses addressing ethics in research publication, both at UAB and in the American Physiological Society’s Professional Skills Development Course.

On a more personal level, I was privileged to serve on several American Physiological Society committees over the years with Dale. We frequently shared rides to and from the airport, as flights to Birmingham often involve a connection in Atlanta. I took advantage of these rides to learn from Dale and get mentorship and advice on various topics. However, what I remember most fondly was Dale telling me about how happy and proud he was to be coaching his daughters’ softball teams. Dale was an accomplished athlete, especially in baseball and softball, and his success in the Birmingham City Softball League was legendary among renal physiologists. Over the past few years, Dale would speak with great pride about his daughters, their softball teams, and his family. Dale will be greatly missed by all who knew him. Our deepest sympathy goes to his family.

Jeff M. Sands, MD, is Juha P. Kokko Professor of Medicine and Physiology, director of the renal division, and executive vice chair of the department of medicine at Emory University in Atlanta.