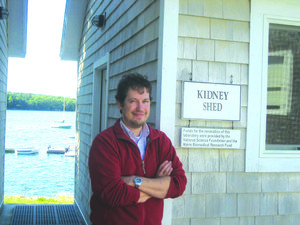 Nathan Edward Hellman, talented physician, and beloved father, husband, and son, died on February 13, 2010, from a stroke. Nathan was born in Houston, Texas, on December 8, 1973.

Nathan inaugurated the Renal Fellow Network blog and was the newest member of the ASN Kidney News editorial board. He was on staff as a scientist physician at Massachusetts General Hospital and authored numerous scientific publications.

He became a member of the division of nephrology at Harvard in 2007 as a clinical fellow in nephrology, and was completing his fellowship as a research fellow and member of Iain Drummond’s research group.

Nathan loved ideas and the written word. In his own communication, he had a knack for matching his message with the medium, whether it be the popular Renal Fellow Network, or peer-reviewed journal articles. He was a kind and compassionate person and will be missed by all who knew him.

Nathan’s passion for understanding kidney disease was infectious. He has inspired many people to continue this search.

Nate’s blog was inspiring to me personally and to others in the renal community. Even without meeting him, I felt that we all knew him from his blog. We have lost a great in nephrology who had made it big even at such an early phase in his career.

Nate inspired many of us all around the country. He’ll never know how far his enthusiasm, intellect, and inspiration reached.

I was so impressed by his website and the person he obviously was—bright, inquisitive, a lover of knowledge and teaching.