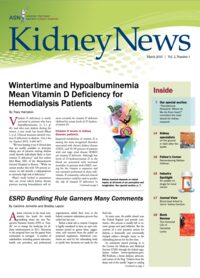 Statistics in Medicine: I Don’t Need a p Value

We would gladly take the bet if the chance of winning were 96 percent. We certainly would not change our minds if the odds dropped to 94 percent. However, many scientists make different decisions on the basis of the p values inherent in this example—whether p = 0.04 or p = 0.06.

Most scientists utilize Frequentists statistics to prevent abuse of data. Frequentists require that you specify your hypothesis, statistical test, and the criteria of success in advance. Often this criterion is a “significant” p value, especially in medical studies. While p ≤ 0.05 is often the criterion of choice, one may also choose 0.01/0.001 for “definitive studies” or 0.10/0.15 for “exploratory studies.”

Much has been written about why this is a flawed strategy. Most statisticians admit the strategy is flawed in hallway conversations or even in articles such as this one. Clients of statisticians will state that they know this is only part of the conclusions from a data analysis. Yet, at the end of the day, p = 0.08 is deemed a failure and p = 0.04 is a success.

You are asked to analyze a study upon completion. Even though you get an interim data set, you wait until the study is done before analyzing because, a priori, you decided to wait until the study is done. You find significance, p = 0.05. However, in another analysis scheme, we a priori decided to perform an interim analysis. We tell you that significance was not obtained after adjusting for multiple looks. Who is right? Luckily, since both of our analytic strategies were stated “a priori,” we are both right, even though our conclusions from the same data are completely different.

You and your friend develop a program for predicting winners in college basketball. It is only 50 percent accurate (a coin toss). Your friend looks further into the data and e-mails you stating that if you adjust for which team was at home and use only major conferences, the accuracy is now 99 percent. You smile at the foolishness of your friend, violating two important principles of statistics: adding a post-hoc analysis and analysis on a subgroup. Your friend decides to use the scheme to bet on games anyway. You meet one month later and remind your friend of his statistical foolishness. You also tell him that paying cash for a new Porsche with his winnings seems extravagant.

Let X represent the observed data from a study comparing a placebo (P) and an experimental (E) treatment and Θ be an unknown parameter of interest. Assume that the larger the value of Θ, the bigger the improvement E provides over P and a value of zero when E and P are equivalent.

Both Frequentists and Bayesians have a common goal, making a statement about Θ.

While the goals of Frequentists and Bayesian analysis are the same, there is a big difference between

The Frequentists make a conclusion about Θ by assuming it is a particle value (here Θ = 0) and calculate the probability of observing more extreme data under that assumption. This is a very roundabout way of analyzing Θ, and one must specify what is meant by “or more extreme.” A Bayesian analysis is more straightforward, and the resulting probability directly references Θ, the parameter of interest. So why is not everyone a Bayesian? One reason is that P(Θ | X) is calculated using the following equation

Where P(Θ | X) is called the posterior, P(X | Θ) is called the likelihood (sampling distribution), and P(Θ) is called the prior. The prior is what Frequentists have an issue with and what Bayesians devote much of their time to. Just as the name suggests, “the prior” is based on all knowledge prior to the data collection and may include historical data or “expert” opinion. There are many types of priors. Given that the choice of priors is based on judgment, a Frequentist would state that this introduces bias into the analysis.

Two Frequentists would obtain the same results analyzing a data set (if they used the same method), while two Bayesians could get different results using different priors.

Bayesian methodology is not as well known, even to statisticians, and seems more complex. However, new software tools are making common Bayesian analysis more accessible.

Operating characteristics of Bayesian analysis: are you a closet Bayesian?

In the Frequentists paradigm, one often obtains the operating characteristics (OCs) of a design that includes simple summaries such as the average number of patients enrolled, false positives, and power without considering potential departures from the assumptions made when designing the trial.

Bayesian statisticians routinely perform evaluations under varied and realistic scenarios taking into account a multitude of practical aspects involved before a study begins. In general, Bayesians use simulation to better understand the decision-making process and to study the impact that deviations from assumptions will have on product development. Due to technical difficulties, the impact of deviations from model assumptions are rarely investigated under Frequentists methods even though departures can seriously degrade the properties of the design.

These are critical components contributing to the superior performance of Bayesian methods. While the gain in terms of OCs may not always be substantial, one gains a much clearer understanding of how the design will perform in practice. In addition, the resulting analysis and conclusions from a Bayesian analysis are much simpler to interpret and are often how the nonstatistician interprets a Frequentist’s results.

Subjectivity is pervasive in everyday life. And although scientific objectivity is crucial in separating science from intuition, that does not mean subjective opinion does not also arise in the scientific literature. Even if only the “planned” Frequentists analysis is presented, many other analyses have probably been done. It is important to note that there are real costs to waiting for more data—sometimes in lives lost or lives spared. We must also consider the value of rejecting the null hypothesis unless it is in favor of some alternative. Finally, full disclosure of what was done before, during, and after is important regardless of method.

“The human understanding, once it has adopted an opinion, collects any instances that confirm it, and though the contrary instances may be more numerous and more weighty, it either does not notice them or else rejects them, in order that this opinion will remain unshaken” – Francis Bacon, 1620.