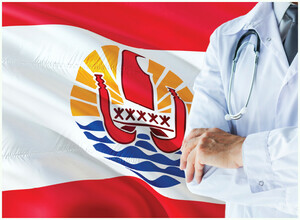 For nephrologists working in Hawaii, like David Na’ai, MD, it's not uncommon to have caseloads of nearly 200 patients—double the 75 to 100 recommended. Na’ai, associate professor at the John A. Burns School of Medicine at the University of Hawai’i in Honolulu, described the situation as “near crisis levels.”

The island is home to approximately one-quarter of the Native Hawaiians and Pacific Islanders (NHPIs) living in the United States (1), according to the US Department of Health and Human Services Office of Minority Health. Asian Americans are the largest racial or ethnic group on the island (2). These two groups saw the largest increases in end stage kidney disease (ESKD) of any racial or ethnic group in the United States—approximately 100% and 150%, respectively—between 2000 and 2019, according to a recent US Centers for Disease Control and Prevention (CDC) report (3). Yet, accessing care can be a challenge.

The state faces a shortage of between 537 and 732 physicians overall, according to the Annual Report on Findings from the Hawai’i Physician Workforce Assessment Project (4). According to the report, the state currently has only approximately 30 nephrologists and needs approximately 16 more to meet the demand. Most specialists in the state practice on Oahu, Na’ai said. Patients living on some other islands may have limited access to in-center dialysis or specialist care, and traveling to Oahu may be cost prohibitive for some. For example, the sole dialysis unit in rural Moloka’i has just eight chairs. “We don't have enough providers, and especially, we don't have enough providers [who] are from the community or understand the community,” he said.

This shortage contributes to difficulties for patients accessing care or receiving culturally sensitive care to prevent and treat kidney diseases. Several local initiatives aim to reduce health disparities and build across specialties a more robust workforce of physicians who are either Native Hawaiian or who have the cultural competency necessary to provide the best care possible. Additionally, the National Institutes of Health (NIH) and President Biden have recently organized federal initiatives to address health and other disparities affecting Asian American and Pacific Islander communities.

Most clinicians working in Hawaii suspected that NHPIs experienced disproportionately high rates of kidney diseases. But the true magnitude of the disparities has long been obscured by national data that lumped Asian Americans and NHPIs into one group until 1997.

“We were pretty much a hidden community,” explained Martina Kamaka, MD, a family physician and associate professor in the Department of Native Hawaiian Health at the University of Hawai’i. “We are a very small part of the national population, so it was easy to overlook us.”

A report published in April 2022 (5) summarized the results of a 2021 NIH workshop focusing on health disparities in Asian American and NHPI communities. It noted that in 2020, there were 1.6 million NHPIs in the United States compared with approximately 24 million Asian Americans. Together, the two groups accounted for approximately 7.7% of the US population and encompassed more than 40 ethnic subgroups with distinct cultures, languages, and socioeconomic circumstances. The report noted that lumping them into one group can mask serious health disparities and make it difficult to identify their causes or the best interventions.

Disaggregation of these groups has begun to bring some of these disparities into stark relief. In a 2019 article, Na’ai and Kalani Raphael, MD, an associate professor of nephrology and hypertension at the University of Utah, noted that in 2017, EKSD incidence among NHPIs was approximately eight times higher than in White individuals (6). At that time, ESKD rates were comparable among people who were Asian American and White.

Growing rates of hypertension and diabetes are driving factors in overall increases in US ESKD rates and rising rates among people who are Asian American and NHPIs, according to the CDC report. The NIH committee's report noted that type 2 diabetes is more prevalent among NHPIs and typically occurs 10 to 15 years earlier than among White populations in the United States. Diabetes is frequently an exacerbating factor in kidney diseases among Asian and NHPI populations. NHPIs also have the highest rates of hypertension of any racial or ethnic group.

Socioeconomic factors play a significant role in driving these disparities, Na’ai said. Many NHPIs continue to deal with colonialism's social and economic fallout. This includes the aftereffects of the United States overthrowing the Hawaiian government in 1893 and testing nuclear weapons in the Marshall Islands, which forced many to relocate. Approximately 15% of NHPIs live at the poverty level compared with approximately 9% of people who are White, according to the Office of Minority Health (1).

A lack of health insurance can also be a hurdle to care for many Pacific Islanders. Na’ai noted that Hawaii requires employers to provide health insurance. Provisions in the Compact of Free Association in 1986 allowed citizens of three Pacific Island nations to access Medicaid and other federal services and allowed a US military presence. However, Medicaid coverage was stripped from citizens of these nations in 1996 during welfare reform, leaving many Pacific Islanders with low incomes living in the United States without access to health insurance. Congress later passed legislation in late 2002 that restored Medicaid coverage (7).

The disproportionate impact of COVID-19 on NHPI communities has driven many of these socioeconomic and health disparities to the forefront, Kamaka noted. In five US states with large numbers of NHPI residents, NHPI people experienced the highest COVID-19 rates of any racial or ethnic group (8). For example, in California, NHPIs experienced 217.7 COVID-19 cases per 100,000 compared with 62.43 per 100,000 state residents who are non-NHPIs. “COVID-19 brought us national attention,” Kamaka said. “I hope that this momentum continues.”

Native Hawaiian-led organizations and initiatives have long focused on reducing health disparities in their communities and recruiting more Native Hawaiians to the physician workforce.

“We were Western-trained [physicians], and we were being confronted with these health care disparities in our own people and trying to figure out how to connect because we were a little disconnected culturally,” Kamaka said. The association worked first to educate its members, then faculty at the University of Hawai’i, and physicians in Hawaii, she said. Then, Kamaka created a cultural competency curriculum (12) for medical students at the University of Hawai’i to teach them about health disparities, their historical roots in trauma and colonization, and how to serve Native Hawaiians and other underserved communities better.

Kamaka said, as a resident in Lancaster, PA, her experiences working with patients who were Black, Hispanic, Amish, and Mennonite made her acutely aware of some of the limitations of the training she received and the need to be culturally literate. After returning to Hawaii, Kamaka realized she needed to be more attuned to traditional healing practices. Patients were using them and were afraid to tell her for fear of being looked down on or kicked out of her practice. “It was a personal journey to understand culture was important,” she said. “I realized communication was really important.”

The curriculum provides students with basic information about Native Hawaiian traditional healing practices. It helps connect them with traditional healers they can call if they have questions and covers how to ask patients about their practices. “We encourage a dialogue because I believe there is a place for both [traditional and Western medicine],” Kamaka said. “We’ve been trying to take care of these disparities in our Western medicine way, and it is not working. We have to look at it differently.”

The program teaches students about Hawaiian culture and gets them into communities to help with service projects. “Health is holistic for most people,” Kamaka explained. “It's not only spiritual health and emotional but also a connection to the land.”

She emphasized the importance of physicians understanding what resources are available in their patients’ communities and the challenges they may face. A patient working two jobs and coming home to a neighborhood with no sidewalks after dark may struggle to follow a doctor's recommendation to walk 30 minutes a day, 5 days a week. Or an elderly patient with limited means living in an intergenerational home may not feel comfortable asking family members to prepare him or her special meals. “You’ve got to get the whole family involved,” Kamaka said.

Na’ai also emphasized the importance of physicians working with Native Hawaiian communities and understanding the communities’ values and recognizing how their history has led to a distrust of Western medicine. “You can't tell patients what to do; you have to give them options,” he said.

The renewed attention to NHPI well-being at the federal level was heartening to Na’ai and Kamaka. However, they both emphasized the need for sustained national attention and funding and efforts to address social determinants of health in these communities. “If we don't have the social determinants of health taken care of, we can throw all the meds in the world at them, and it is not going to make a difference,” Kamaka said.

“Hopefully, with more funding and recognition at the federal level, things can slowly change,” Na’ai said.