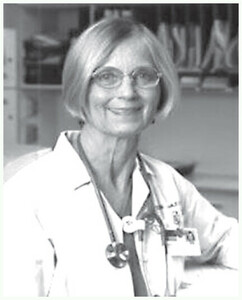 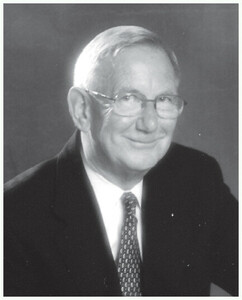 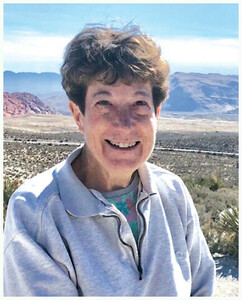 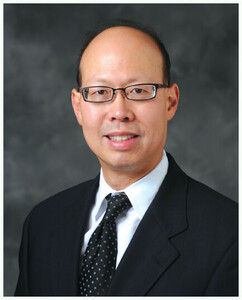 In Memoriam: Leaders in Nephrology Leave Behind a Lasting Legacy

Among this year's professionals in the kidney community who have passed away, four deceased kidney disease leaders are acknowledged here for their contributions to nephrology. Nancy Spaeth, considered the longest surviving kidney patient in the world; Christopher Blagg, MD, a persistent advocate for dialysis; Dale Singer, MHA, an elegant force and knowledgeable executive; and Jerry Yee, MD, FASN, a generous mentor, have all been seminal figures in the field.

A fateful decision in 1966 by the Seattle Artificial Kidney Center's Admissions and Policy Committee to allow Nancy Spaeth to begin dialysis likely changed the course of her life. At the time, dialysis was rare, and the decision meant the difference between life and death for Spaeth, who developed Bright's disease, or glomerulonephritis, in 1959 when she was 12 years old. “Being selected by the committee gave her motivation to be successful with dialysis and transplant care,” said Joyce Jackson, former president and CEO Emeritus of Northwest Kidney Centers in Seattle, WA.

Spaeth was born October 16, 1947 (1), and had been a runner on her school's relay team before she started experiencing weakness. Her condition was believed to have been caused by several yellow jacket stings during a hiking trip the summer before she was diagnosed. When she died on January 14, 2022 (2), at the age of 74, she was considered the longest surviving kidney patient in the world. She had four kidney transplants during her lifetime and spent decades on dialysis. She was also a powerful patient advocate who worked tirelessly at the Northwest Kidney Centers, where she served on the Foundation Board and Board Quality Committee. “She was a very petite person, but she had a larger-than-life personality,” Jackson said.

Her tenacity led her to become a teacher, nurse, and a mother of two. But after her second kidney transplant failed in 1986, she returned to dialysis. She suffered from severe dialysis-related anemia that left her so weak that she had to crawl up the stairs of her home. Her negative symptoms changed when she became one of the first 10 patients in the clinical trial for erythropoietin, which restored her strength. The drug was later approved by the US Food and Drug Administration in 1989. “She was a living example of how research can change lives,” Jackson said.

Spaeth was a powerful advocate for kidney patients both at the Northwest Kidney Centers and on Capitol Hill. She was a strong supporter for increased access to home dialysis and pushed for healthier food options and funded access to nutrition education at Northwest Kidney Centers. Jackson explained that Spaeth credited careful management of her diet, fluid volume, and strict avoidance of salt with helping her live so long with kidney disease. Spaeth has left a tremendous legacy in the field of nephrology (1).

Born in Retford, Nottinghamshire, England, on June 12, 1931, Christopher Blagg, MD, passed away on March 31, 2022 (2), at the age of 90 (3). Blagg moved to Seattle, WA, in 1963 for a 1-year National Institutes of Health fellowship with Belding Scribner, MD, the first Division Head of Nephrology at the University of Washington, who was working to develop methods to provide long-term dialysis.

After sharing what he had learned with his colleagues in his home country of England, Blagg returned to Seattle to lead Northwest Kidney Centers as executive director in 1971. During his 27 years as executive director, Blagg served as a global ambassador, hosting visitors from around the world and mentoring them on providing hemodialysis and home dialysis. “We were the first dialysis organization in the world,” the Northwest Kidney Centers’ Jackson said. “He influenced how the therapy was adopted worldwide.”

Throughout his career, Blagg championed policies to improve kidney care. He advocated for the creation of the Medicare End Stage Renal Disease Program, which provided Medicare coverage for people with end stage renal disease (ESRD) regardless of age. The legislation helped secure financial stability for millions of people in the United States living with ESRD, Jackson explained. “He was a persistent advocate who never took ‘no’ as a final answer,” she said.

Blagg also helped found the Renal Physicians Association (RPA) and centers for organ and tissue procurement. His book “From Miracle to Mainstream” describes the creation of the Northwest Kidney Centers and the evolution of dialysis. His ongoing influence in the field is recognized each year at the ASN Kidney Week Christopher R. Blagg, MD, Endowed Lectureship in Kidney Diseases and Public Policy. Jackson added, “One of his greatest contributions was to influence laws and regulations to support better care for kidney patients.”

Former executive director of the RPA, Dale Singer, MHA, was born November 11, 1961, in Pittsburgh, PA, and died June 28, 2022 (2), after a 12-month battle with lung cancer at age 60 (4). Singer earned a bachelor's degree in journalism and a master's degree in health administration from the University of Maryland before taking the helm at RPA. When Singer became the executive director of the organization, it was in its infancy, but over her 27-year tenure, she helped grow the organization into a major advocate for the field of nephrology. Singer knew the entire modern history of the field, said Jeffrey Perlmutter, MD, immediate past president of the RPA. “We all learned a great deal from her,” Perlmutter said.

As a woman working with numerous RPA presidents—ranging from small practice owners to leaders of major dialysis organizations—over the years, Singer “always held her own,” Perlmutter said. “She was very good at harnessing the thought leadership and talents of those volunteering,” said Rebecca Schmidt, DO, FASN, past president and counselor for RPA. “She put our thoughts and dreams into structured programs and projects.” Singer helped build and retain a strong staff at the organization, which successfully advocated for policies ranging from value-based payment models to lifelong coverage for immunosuppressive medications for kidney transplant recipients.

Outside the RPA, she also took on leadership roles in her community. She served on the Executive Committee of B’nai Israel Congregation and was the Board Chair for the Bender Jewish Community Center of Greater Washington. She also was active in her profession, serving as a fellow and board president at the American Association of Medical Society Executives.

Both Perlmutter and Schmidt said they will remember Singer for her compassion and good humor. “She was a friend, a colleague, a mentor, and a force,” Schmidt said.

In addition to his role at the Henry Ford Hospital in Detroit, MI, Jerry Yee, MD, FASN, was the medical director of the Greenfield Health Systems. Yee was born August 5, 1959, in Pittsburgh, PA, and died June 9, 2022 (2, 5). Yee was active with the National Kidney Foundation and the Royal College of Physicians in London and served as editor-in-chief of Advances in Chronic Kidney Disease. “Jerry was a really brilliant person who could talk about anything in kidney disease,” said Michael Choi, MD, director of the Division of Nephrology at MedStar Georgetown University Hospital.

Yee was also a “renaissance person” who was passionate about music, movies, and computers, described Choi, who met Yee during their fellowships at the University of Pennsylvania. Yee put his interest in computers to work at ASN to advance several informatics programs. But some of his greatest contributions to the field may have been as a mentor. Choi and countless others benefited from Yee's generous mentorship. Choi explained that Yee would frequently promote others for speaking engagements and for other positions and helped many people advance connections in the field. “He just saw things in people,” Choi said.

Yee never seemed to expect anything in return for his mentorship but seemed to derive real satisfaction from helping others build their careers. “He was always going above and beyond,” Choi said.