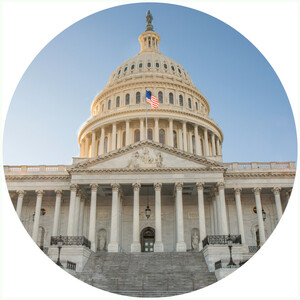 The Senate Finance Committee raised numerous allegations of mismanagement, resistance to oversight, and poor performance against the leadership of the United Network for Organ Sharing (UNOS) in a hearing held Wednesday, August 3, 2022. According to the committee, these allegations are part of a broader pattern of failure from UNOS—the current federal contractor managing the Organ Procurement and Transplantation Network (OPTN)—that has claimed lives and thousands of discarded organs, including one in every four donated kidneys.

ASN has advocated for numerous improvements to the transplant system, with the goal of “transforming transplant,” as outlined in the We’re United 4 Kidney Health campaign (1). In a statement submitted to the Senate Finance Committee, ASN President-Elect Michelle A. Josephson, MD, FASN, said, “ASN believes a strong and equitable transplant system is essential to meet the needs of the more than 800,000 Americans living with kidney failure. While a kidney transplant is the optimal therapy for most people living with kidney failure, transplantation remains out of reach for too many people” (2). The statement outlines four policy recommendations to improve OPTN, including modernizing the OPTN contract, addressing barriers to transplant access that promote or exacerbate inequities, streamlining oversight of the US transplant system by establishing a unified office of transplantation and organ policy, and elevating transplant patients as partners in care. “ASN commends the Senate Finance Committee for continuing to drive improvements in transplantation and stands in partnership to ensure all Americans who could benefit have access to this critical therapy,” Dr. Josephson concluded.

The hearing provided an opportunity for the Senate Finance Committee to update the public regarding its investigation, now in its second year, into the performance of UNOS, organ procurement organizations (OPOs), and the US transplant system. In February 2020, Senators Grassley, Wyden, Young, and Cardin wrote to UNOS with concerns of “reports of lapses in patient safety, misuse of taxpayer dollars, and tens of thousands of organs going unrecovered or not transplanted” (3).

Several efforts have been undertaken by Congress and the Department of Health and Human Services under multiple administrations to address shortcomings of the transplant system, including the current Senate Finance Committee investigation. The 2019 Advancing American Kidney Health Executive Order, signed by President Trump, made it the policy of the United States to double the number of kidneys available for transplant by 2030, including several policy initiatives to meet this ambitious goal (4). In March 2021, the Biden administration demonstrated bipartisan commitment to increasing transplantation, implementing a Trump-era rule to increase transparency and accountability among OPOs by establishing objective and verifiable metrics to assess OPO performance (5). In December 2021, the Centers for Medicare & Medicaid Services (CMS) issued a request for information (RFI) about opportunities to address equity in transplantation (6), and in April 2022, the Health Resources & Services Administration (HRSA)—the government office that oversees OPTN—issued its own RFI on ways to strengthen and improve OPTN (7). ASN provided comment on both RFIs, accessible on the ASN Advocacy & Public Policy website (8).

In Congress, the Senate Finance Committee—led, in particular, by Senators Wyden, Grassley, Cardin, Young, and Warren—and the House Oversight and Reform Committee—led by Representatives Krishnamoorthi, Cloud, Maloney, Comer, and Porter—have been investigating the performance of the transplant system, with particular attention to the maze of federal contractors and organizations tasked with its operation, such as the OPTN contractor and OPOs. The extensive bipartisan, bicameral support for the multi-year investigation into the performance of the US transplant system demonstrates Congress’ commitment to improving care for the more than 100,000 individuals on the transplant waiting list. Senator Grassley, noting his interest in transplant policy starting in 2006, stated that “Congress has waited too long to fix a broken system. We must insist upon accountability moving forward. Patient lives are at stake” (9).

The Senate Finance Committee hearing surfaced multiple examples of poor performance and system failures from the committee's extensive review of more than 100,000 documents totaling more than 500,000 pages. Findings from the committee include failure of oversight from OPTN over OPOs, resulting in fewer organs for transplant; avoidable failures in organ procurement and transportation, leading to lost and destroyed organs; and a lack of technical expertise to modernize the OPTN information technology system. Before the hearing, The Washington Post reported that the White House US Digital Service identified “aged software, periodic system failures, mistakes in programming and overreliance on manual input of data,” as well as data security concerns, leading to its recommendation that the government “break up the current monopoly” of UNOS on the transplant system (10).

Alarmingly, senators described a culture of reprisals and resistance to oversight at OPTN, inhibiting corrective action. Noting the more than 1000 safety complaints made against UNOS, Senator Wyden described criticism from organ transplant professionals interviewed during the investigation that the formal complaints process was a “black hole” that “appears to accomplish zero productive oversight or reform” (11). When whistleblowers did raise concerns, Senator Wyden described documentation of “reprisals against those who speak the truth.” According to the committee, conflicted leadership contributes to this dynamic, as leadership boards of OPTN—tasked with overseeing UNOS—were automatically provided a seat on the leadership board of UNOS. Both boards are often populated by transplant professionals involved in the leadership of transplant centers and OPOs, for which OPTN is tasked with overseeing. Senator Grassley described the arrangement with UNOS as “‘the fox guarding the chicken house’ instead of a trustworthy and independent oversight body that holds its members accountable” (9).

Lastly, senators raised questions about the potential misuse of taxpayer funding. Senator Warren directly challenged claims by UNOS that it would charge “tens of millions of dollars” for the rights to “an archaic technology system developed with taxpayer funding” (12). Unsatisfied, Senator Warren stated her belief that UNOS “should lose this contract” and “should not be anywhere near organ transplants in this country…. Patients and families deserve better than they're getting right now from UNOS” (12).

In closing remarks, Senator Wyden made clear that the Senate Finance Committee investigation would continue beyond the August hearing. Characterizing UNOS’ response to the investigation as “unrepentant,” Senator Wyden expressed frustration that the organization responsible for addressing performance issues within transplantation instead painted a picture of a system without need of improvement. Senator Wyden identified that the committee's investigation would next shift to the role of the federal government in the transplant system, including CMS, HRSA, and the structure of the OPTN contract, which is up for renewal in 2023. “This is not a partisan issue,” said Senator Wyden. “This is a national issue, and as we have touched on, repeatedly over the course of the afternoon, patients waiting for organs and families of donors deserve better, and we're going to stay at it until they get those fixes,” he added.

ASN will continue to advocate for transformations to the transplant system, including tracking the progress of congressional oversight. As stated to the Senate Finance Committee, transplant policy should be aligned with the primary goal of increasing access to kidney transplantation to the maximum number of patients with kidney failure while improving long-term posttransplant outcomes and quality of life. ASN will continue to push for reform until a kidney transplant is an accessible therapy for all Americans living with kidney failure.