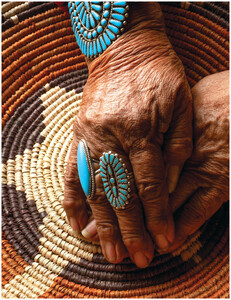 As a family physician and diabetes team lead in Juneau working for the Southeast Alaska Regional Health Consortium, Mary Owen, MD, could audit the care received by all of the diabetes patients served by her tribal clinic. The Special Diabetes Program for Indians (SDPI) funded this population-based approach through the Indian Health Service (IHS), which contracted with the clinic.

The audits allowed Owen, now director of the Center of American Indian and Minority Health at the University of Minnesota Medical School, to assess blood pressure and blood sugar control among patients and to gauge how many patients were receiving guideline-directed care. She could also compare her tribal clinic's results with other clinics in Alaska. If she saw that another community had better results, she could reach out and talk to them about what was working for them. “That has given us power,” said Owen, who is also president of the Association of American Indian Physicians. “The other piece of SDPI that's phenomenal is that we are able to run these systems ourselves.”

The community-driven focus of the SDPI has contributed to its lasting health benefits for Native American communities. Amid rising rates of end stage kidney disease (ESKD) nationally, American Indian and Alaska Native people experienced the lowest increases in the incidence of any racial or ethnic groups between 2000 and 2019, according to the US Centers for Disease Control and Prevention (CDC)'s Morbidity and Mortality Weekly Report (1). Cases of ESKD among American Indian and Alaska Native people increased about 25% during this period compared with a 42% increase in cases in the US overall. Other high-risk groups experienced dramatic escalations in incidence, including Asian (~150% increase), Native Hawaiian and other Pacific Islander (~97% increase), and Hispanic (84% increase) individuals. People of Black race experienced a 30% increase, and those of White race had a 33% increase.

The lead author of the CDC report (1), Nilka Ríos Burrows, MPH, an epidemiologist, recently with the Division of Diabetes Translation and head of the Chronic Kidney Disease (CKD) Initiative at the CDC, noted in an email interview that a variety of factors are contributing to rising rates of ESKD. These include a growing and aging US population; a high prevalence of risk factors, such as diabetes and hypertension; and better ESKD patient survival. However, Burrows and her co-authors attributed the SDPI with helping to slow rates of ESKD among American Indian and Alaska Native people, suggesting the program's population-based approach may be a model for helping to stem rising ESKD rates (Table 1). “The Special Diabetes Program for Indians made access to quality diabetes care and treatment a reality for the communities it served,” said Yvette Roubideaux, MD, MPH, director of the Policy Research Center at the National Congress of American Indians.

The power of population health

The SDPI was created by Congress in 1997 (2) and provided dedicated funding for implementing best practices for diabetes prevention and treatment in more than 300 American Indian and Alaska Native communities in 35 states. A nationwide health system comprised of the IHS and tribal and urban Indian programs implements the program, Roubideaux explained. “This unique approach could only happen successfully if the local tribal nations and community members had a leading role in these activities,” she explained.

The national Tribal Leaders Diabetes Committee, which has representation from each IHS area, helps set the formula for distributing funds to ensure all communities benefit and helps monitor the program's outcomes and advises the IHS on implementation. Local leaders and communities choose which strategies to implement, both inside and outside the clinic, based on local needs and priorities, Roubideaux said. The program helped cut diabetes-related ESKD among American Indian and Alaska Native adults in half, from 57.3 per 100,000 adults to 26.5 per 100,000 adults between 1996 and 2013, according to a previous CDC report (3). This decrease saved Medicare as much as $510 million over a decade (4).

The SDPI disseminated basic evidence-based diabetes prevention and care and basic CKD care to the entire primary care team, including physicians, dieticians, nurses, and pharmacists, explained Andrew Narva, MD, previous director of the National Kidney Disease Education Program and the Kidney Disease Program at the IHS. Narva, who is now retired and a doctoral student at the University of the District of Columbia, explained that the IHS disseminated the information through workshops, newsletters, and other vehicles to help make the entire team more comfortable in caring for patients with kidney diseases. One example of information sharing is training for dieticians on the best advice for patients with CKD. “It's the relentless implementation of simple, evidence-based care,” Narva said.

Stephanie Mahooty, DNP, who worked alongside Narva as a registered nurse and renal case manager at IHS, said that the program emphasized checking patients’ kidney function and helping to identify early patients at risk of progression of kidney diseases. The standards of care implemented as part of the SDPI (5) also helped ensure that those at-risk patients received appropriate care, such as angiotensin-converting enzyme inhibitors or angiotensin receptor blockers. “The Special Diabetes Program implemented standards of care for diabetes and the CKD that made a dramatic improvement,” Mahooty said. She said she was happy that the IHS updated the guidelines to include sodium glucose co-transporter 2 (SGLT2) inhibitors, which improve diabetes control, reduce the risk of cardiac death, and help reduce progression of kidney diseases. Narva agreed that the SGLT2 inhibitors could be a “game-changer.”

Clinician and community partnerships are also vital to addressing the many factors that may contribute to increased risk of diabetes in American Indian and Alaska Native communities or hamper prevention efforts. “Clinicians must understand that the care they provide in the clinic is only a part of the solution since there are so many social determinants in communities that can either support or hinder diabetes treatment and prevention efforts,” Roubideaux explained. For example, in Juneau, Owen and her colleagues recognized that many patients did not have access to transportation, so they provided it. Many patients also relied on foods they harvested themselves, so she and her colleagues emphasized the benefits of those traditional foods, the exercise required to gather them, and the communal nature of harvests.

To aid this kind of collaboration, the SDPI also funds community-based activities to promote diabetes education, awareness, and behavior change, noted Roubideaux. Some communities have incorporated their local culture and language into the program, she added. For example, the activities may include recipes and cooking classes that use local foods with reduced fat, that portion sizes or promote traditional sports, or that provide lessons about how to grow healthier foods, including foods that have long been important to their communities. “All of these strategies made learning how to prevent and treat diabetes more interesting and relevant to community members, which likely led to more participation and success,” Roubideaux said. Inviting families to join activities, such as prediabetes education programming, community meals, and events like community diabetes walks, also helped improve overall community well-being, noted Owen. She added, “The people who participated in the program loved it, and their families benefited from it, too.”

A model for change

Implementing the indigenous ideas that make up the foundation of the SDPI program, such as the emphasis on community health and monitoring and adjusting to community needs, may offer benefits for other communities as well, said Owen. “Indigenous ways have a lot of benefits, not just for native people but for all people,” she said.

One of the lessons of the SDPI, Roubideaux said, is that chronic diseases, such as diabetes, require a community-wide approach to prevention and treatment, along with tailored strategies that are responsive to local cultures, traditions, and circumstances. But doing this takes a commitment to both funding and staffing. “The Special Diabetes Program for Indians revealed that change is possible if sufficient resources and support are available in the context of allowing communities to lead those changes,” Roubideaux said

Educating clinicians about diabetes and kidney diseases and emphasizing team-based care are also crucial, said Mahooty, now a nurse practitioner in private practice in Albuquerque, New Mexico. Mahooty said she uses the SDPI standards of care and educational materials to train new colleagues. She also continues to apply the team-based approach to coordinate patients’ care with their primary care physicians, pharmacists, and other care providers. For example, she talked to a patient's primary care clinician about starting the patient on an SGLT2 and helped explain to the patient the benefit of the medication. “Collaboration is very important,” she said.

Burrows, who left the CDC shortly after the interview, also emphasized the importance of population health and team-based approaches that include testing for kidney diseases and case management. “Continued efforts to deliver interventions that improve care and management of ESKD risk factors among persons with diabetes and hypertension might slow the increase and eventually reverse the trend in incident ESKD cases, not only for American Indian or Alaska Native populations but for all populations at risk of developing ESKD,” she said.

Continued investment in the SDPI, which was last reauthorized in December 2020 for 3 years (6), is also essential to helping to preserve and expand the positive impact of the program in indigenous communities. “The Special Diabetes Program for Indians has resulted in positive outcomes that many thought were not possible, but since diabetes is a chronic disease, the services and support provided by this program would not be possible without continued funding for these programs,” Roubideaux concluded.