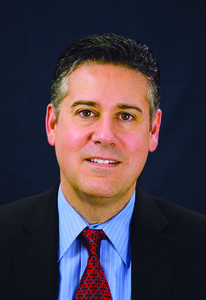 Committed to creating a world without kidney diseases, the American Society of Nephrology (ASN)—together with other members of the kidney community—has produced incredible results in federal legislative and regulatory policy during the past decade, such as the landmark Executive Order on Advancing American Kidney Health. At a national level, patient advocates, health professionals, and policymakers are rallying around the four priorities of ASN's We’re United 4 Kidney Health campaign: intervene earlier, transform transplant, accelerate innovation, and achieve equity.

Due to greater disinformation, polarization, and blowtorch politics, one in five people in the United States believes “The government, media, and financial worlds in the U.S. are controlled by a group of Satan-worshipping pedophiles who run a global child sex-trafficking operation” (1). It is not surprising, therefore, that ideologues in several states are damaging the relationship between patients and their caregivers. In the process, they are undermining public health, fueling racism, attacking people who are in the LGBTQ+ community, and assaulting access to reproductive health care. These threats compel ASN to consider leveraging its history of success in federal policy to create change at the state and local levels.

The federal government plays an essential role in health care policy, but public health is largely managed at the local and state levels. The COVID-19 pandemic highlights this dynamic. At the beginning of the pandemic, the federal government left each of the 50 US states to pursue individual policies, such as mandates to wear masks, socially distance, and close schools, as the Centers for Disease Control and Prevention is typically limited to providing advice (2).

This state-based approach resulted in politicizing the pandemic at local, state, and national levels, as well as diminishing trust in public health experts. Entering the 3rd year of the pandemic and nearing mid-term elections for every member of the House of Representatives, one-third of the Senate, and 36 governors, the politicization and skepticism are worsening. The Biden administration recently changed White House coronavirus response coordinators; Congress seems unwilling to continue federal funding for testing, treatment, and vaccines; and many states are declaring “mission accomplished” and prioritizing partisan political gain over citizens’ health.

For example, the surgeon general of Florida has announced that “The Florida Department of Health is going to be the first state to officially recommend against the COVID-19 vaccines for healthy children” (3). The governor of Ohio is facing primary challengers who oppose his listening to health professionals while crafting the state's response to the pandemic (4). Either individually or through coalitions, such as the Council of Medical Specialty Societies, ASN has attempted to respond to as many of these threats as possible and provide updated information on its COVID-19 website (5).

According to the article, “Associations between governor political affiliation and COVID-19 cases, deaths, and testing in the United States,” in the American Journal of Preventive Medicine, the political affiliation of a state's governor “may differentially impact COVID-19 incidence and death rates.” The study adds, “Future state policy actions should be guided by public health considerations rather than political expedience and should be supported by a coordinated federal response” (6).

As health professionals and respected members of their communities, ASN members can provide guidance to local officials about the impact of policies on people with kidney diseases and promote kidney health. Polling consistently demonstrates that health professionals remain one of the most trusted occupations, and ASN members must make good on the public's trust by helping to guide policymakers (7).

A few months after insurrectionists attacked the US Capitol in January 2021 to overturn a fairly won presidential election, the governor of Georgia signed into law legislation that makes it much harder for the Peach State's citizens to vote. At the time the bill became law, 46 other states were considering similar legislation, empowered by a 2013 decision by the US Supreme Court (in Shelby County vs. Holder) that weakened a key provision of the Voting Rights Act of 1965 (8, 9).

ASN joined 16 other not-for-profit organizations representing more than 21.1 million patients and health professions in publishing an advertisement in The Atlanta Journal-Constitution highlighting the fact that Georgia's law would “disproportionately affect minority communities.” Together, we urged “the people of Georgia and policymakers to consider the impact of this new law and find ways to create a more equitable, inclusive community that will attract visitors to help Atlanta and other cities in this state thrive” (10).

Besides making it harder for members of minority communities to vote, many states are also trying to prevent students from learning about racism in US history, especially how this past influences our present and future. At least 36 states have adopted or are considering legislation “to restrict education on racism, bias, the contributions of specific racial or ethnic groups to US history, or related topics” (11).

It is impossible for ASN to pursue health care justice and help address social determinants of health if US society refuses to acknowledge that the “racism embedded in laws, regulations, rules, and procedures” leads to “differential outcomes by race” (12). Data prove that kidney diseases are not experienced equally; across the United States, Black Americans are more likely to develop kidney diseases, more likely to progress to kidney failure, and less likely to receive optimal therapies, such as a kidney transplant, than are White Americans (13).

An analysis by the US Renal Data System demonstrates that Americans who live in areas with less access to resources were more likely to experience kidney failure than those with more access to resources, but racial and ethnic minorities were more likely to experience kidney failure in every area (14). If racial and ethnic differences in outcomes were prohibited from such studies, we would not understand such disparities.

ASN has opposed federal efforts to restrict education about racism in US history and its impact on health (15). However, local and state advocacy is needed to fully combat this assault. To achieve kidney health, patient advocates, health professionals, and policymakers must understand and address health disparities, which include dismantling systems that perpetuate discrimination.

At least nine states are poised to follow Florida's lead in enacting legislation “prohibiting classroom discussion about sexual orientation or gender identity in certain grade levels or in a specified manner” (16). Although the Florida legislation—formally titled “Parental Rights in Education” but better known as “Don't Say Gay”—defines “certain grade levels” as kindergarten through third grade, the wording of the legislation is vague enough to, in effect, eliminate any conversations about sexual orientation or gender identity at any grade in the Sunshine State's schools.

Additionally, the Florida law favors “the rights of parents” over the rights of students by requiring schools to notify parents each time students seek mental or physical health services for any reason. This part of the law will likely have a chilling effect on the willingness of students to discuss their sexual orientation or gender identity with school counselors (or seek important care), making schools an even more uncomfortable environment for people who identify as LGBTQ+.

The Florida law also deputizes private citizens to help with enforcement. If a school district fails to resolve a concern within the context of the law, anyone can “Bring an action against the school district to obtain a declaratory judgment that the school district procedure or practice violates this paragraph and seek injunctive relief.” (Remember, one in five people in the United States believes “a group of Satan-worshipping pedophiles who run a global child sex-trafficking operation” [1] control the country.) The law permits courts to “award damages,” “reasonable attorney fees,” and “court costs to a parent who receives declaratory or injunctive relief.”

A recent Alabama law criminalizes “gender-affirming healthcare for transgender youth, with a threat of 10 years in prison for medical providers” (17). This is the first law in the United States to make health care for transgender youth a felony, and health professionals will face prison if they provide “hormone treatment, puberty blockers[,] and gender reassignment surgery to minors.”

In next month's issue of ASN Kidney News—and in celebration of Pride Month 2022—ASN President Susan E. Quaggin, MD, will focus on ASN's response to these attacks on the LGBTQ+ community.

When Senate Bill 8 was signed into law last September, Texas outlawed abortion “after detection of an unborn child's heartbeat,” essentially reducing the time for a legal abortion from 24 weeks to 6 weeks, likely reducing the number of abortions in Texas by 80%, and disproportionately making it harder for women who are of Black race, with lower economic status, or who live farther away from health facilities to access this medical procedure (18, 19).

The Texas Heartbeat Act, which also prohibits abortion after 6 weeks even in cases of rape or incest, is serving as a model for similar legislation in 13 other states. One of these states, Oklahoma, went a step further last month and made performing an abortion a felony punishable by a $100,000 fine and 10 years in prison. Four more states are considering bills to outlaw abortion after 15 weeks.

As with the Florida law concerning sexual orientation and gender identity, the Texas anti-abortion law deputizes the public to help with enforcement. Private citizens can earn $10,000 bounties “for successful lawsuits against anyone—from an Uber driver to a doctor—who ‘aids or abets’ a woman who gets an abortion once fetal cardiac activity can be detected” (20).

This vigilante justice is in addition to the fact that the law is “vaguely worded, leaves providers vulnerable to being sued[,] and puts patients at risk,” according to the American College of Obstetricians and Gynecologists. As a result of the law, it has become harder for physicians “to treat medical crises,” which is endangering patients, as they operate “in a climate of fear” (21).

Much has been written about how the COVID-19 pandemic served as an accelerant, quickening changes that were already underway in early 2020. For example, “telehealth use has increased 38X from the pre-COVID-19 baseline” (22). The pandemic has also accelerated radical individualism throughout the country. E pluribus unum—“Out of many, one” or if you prefer, “One out of many”—may no longer apply as a motto for the United States. The new motto is more akin to “Many out of one.”

Several states have passed legislation to protect living organ donors, including states with liberal governments (such as California) and states with conservative governments (such as Texas) (23). Preceding federal protections for living donors, this legislation will likely trigger passage of federal legislation: Members of Congress continue to cite home-state versions as a motivation for supporting a parallel federal version, the Living Donor Protection Act of 2021 (HR 1255/S 377). Americans are affected by kidney diseases regardless of political affiliation, and it is critical that the kidney community—including ASN—takes the fight for kidney health to the local and state levels.

Americans are affected by kidney diseases regardless of political affiliation, and it is critical that the kidney community—including ASN—takes the fight for kidney health to the local and state levels.

In its strategic plan, ASN seeks to achieve the goal of “Advocating for policies that empower patients and their care partners, the kidney care team and scientists, health systems, payers, and other stakeholders with a role in kidney health” (24). Through its members, ASN can accomplish this goal by helping confront disinformation, polarization, and demagoguery by focusing attention on the real challenges facing the more than 37 million people in the United States living with kidney diseases. ASN must leverage its track record at a federal level—which is based on a bipartisan, factual, and patient-centered approach—to engage in policy and advocacy at a state level to accomplish this goal.