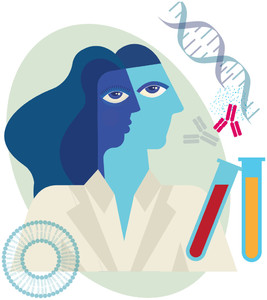 USPSTF Responds Positively to Request from Coalition for Kidney Health

The US Preventive Services Task Force (USPSTF) will consider adding screening for chronic kidney disease (CKD) as a potential recommendation in response to a nomination from the Coalition for Kidney Health. The coalition submitted its request in December 2021 and received a response in February 2022, stating that USPSTF has added “Screening for CKD” to its “list of preventive services topics under active consideration.”

The positive response kicks off a thorough, multi-year review, according to Miriam Godwin, health policy director at the National Kidney Foundation (NKF), whom the coalition designated as its contact person in its request to USPSTF. Godwin said that the coalition is asking that USPSTF bring its screening recommendations into concordance with established evidence-based guidelines from the NKF and the American Diabetes Association, which recommend that high-risk individuals be screened for CKD.

The letter from USPSTF notes that the task force has a large portfolio of suggested topics “to work on as part of its deliberative process, and it may take some time” to turn its attention to CKD. The letter only commits the task force to “begin the process of determining when to begin work on a new recommendation,” and it will decide later whether it will “prioritize” CKD to consider this year.

USPSTF last reviewed kidney screening in 2012 and concluded that “the evidence on routine screening for CKD in asymptomatic adults is lacking and that the balance of benefits and harms cannot be determined.” But the coalition notes that this nomination is different because “rather than general population or mass screening,” it wants the task force to consider current evidence that supports testing of individuals at risk for CKD, including those with diabetes, hypertension, cardiovascular disease, family history of kidney diseases, or a history of acute kidney injury.

In the 2012 review, the task force found little evidence of a benefit from early intervention and even “convincing evidence…that medications used to treat early CKD may have adverse effects.” But the drug-treatment realm has changed radically in the intervening decade with the advent of efficacious new medications, several experts told Kidney News.

“We have many more effective tools than we did in 2012,” said Frank “Chip” Brosius, MD, a professor in the Division of Nephrology at the University of Arizona in Tucson. “Back in 2012, essentially all we had was blood pressure control, good blood sugar control in those that have diabetes, and then either an ACE [angiotensin-converting enzyme] inhibitor or angiotensin-receptor blocker in at least some of the CKD patients. Now we have these newer classes of medications that were brought out 15 years ago as diabetes drugs.”

Sodium glucose co-transporter 2 (SGLT2) inhibitors and glucagon-like peptide 1 (GLP-1) receptor agonists were once considered niche drugs, but they gained widespread acceptance when “the cardiovascular outcome studies that included kidney endpoints started coming out about 6 years ago. It became clear that at least these two classes of medications had pretty profound cardiovascular protection for chronic kidney disease patients and also had positive effects on preserving kidney function,” Brosius said.

The request letter from the coalition also notes that CKD screening is practical because it can be implemented by a primary care clinician using two readily available tests: estimated glomerular filtration rate based on serum creatinine and urine albumin-creatinine ratio. NKF's Godwin said a USPSTF recommendation would be significant because many primary care physicians look to it for guidance.

Brosius agreed that if the USPSTF includes CKD screening in its recommendations, then primary care physicians will be more cognizant of its importance and pay more attention to the potential consequences. Serum creatinine is part of the standard testing panel that patients undergo for many primary care visits—including annual physicals—but too often, abnormal results are ignored. “The doctor doesn't recognize it or doesn't recognize its importance and doesn't tell the patient,” Brosius said. Similarly, obtaining “an albumin-creatinine ratio in the urine just doesn't happen at anywhere near the level that it should,” he said.

A screening recommendation would raise the awareness among primary care physicians to pay more attention to these tests, Brosius said, with the potential benefit of beginning early intervention while the condition is more manageable. “Despite being preventable and treatable, CKD is too often not intensively managed until a patient has progressed to kidney failure,” the coalition letter notes. “An estimated 37 million Americans have CKD, and the vast majority are unaware.”

In the 10 years since the 2012 decision, rates of kidney diseases have continued to grow in tandem with the greatly rising rates of diabetes. CKD has grown to become the ninth leading cause of death in the United States.

Another aspect of medicine that has changed drastically since 2012 is the recognition of systemic racial inequity and the resolve to take action to combat it, particularly in the kidney community, according to David L. White, regulatory and quality officer at the American Society of Nephrology. Increased screening would help to address inequity, because Americans of Black race are significantly more likely than those who are White to have diabetes—the leading cause of CKD—as well as more likely to experience its downstream consequences, including kidney failure and death.

The agreement by USPSTF to consider screening for CKD is the first step in a well-defined and exhaustive process. “[It is] a highly evidence-based body and really process oriented,” Godwin said. “There are public review periods with opportunities for public comment.” The Coalition for Kidney Health and other organizations will ensure that nephrologists are well represented in the review process, Godwin said.

“The absence of a current CKD screening recommendation exacerbates the lack of attention paid to the growing kidney disease public health crisis and contributes to the low rates of CKD diagnosis in the primary care setting,” the coalition letter notes. It continues, “We believe that the opportunity to improve outcomes for CKD patients warrants a CKD screening recommendation for patients at high risk of CKD.”