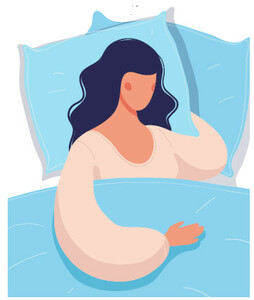 Even when ambulatory blood pressure (BP) is at goal, the absence of nocturnal dipping is associated with increased cardiovascular and kidney risks in patients with chronic kidney disease (CKD), reports a study in the American Journal of Kidney Diseases.

The prospective cohort study included 906 patients with stage 2 to stage 5 CKD seen at three Italian nephrology clinics. All had hypertension, defined as an office BP of 140/90 mm Hg or higher, or use of anti-hypertensive medications at any level of BP. The mean age was 64 years, and 61% of patients were men. Approximately 26% of patients had diabetes; the mean estimated glomerular filtration rate was 41 mL/min/1.73 m2.

On multivariable analysis, patients with ambulatory BP above goal were at increased risk of cardiovascular events, both without dipping (hazard ratio [HR], 2.79) and with dipping (HR, 2.05). Analysis of kidney disease progression showed a similar pattern: HR, 2.40 and 2.11, respectively. Patients who had ambulatory BP at goal but without dipping were also at increased risk: HR of 2.06 for cardiovascular events and HR of 1.82 for kidney disease progression compared with patients at goal and with nocturnal dipping.