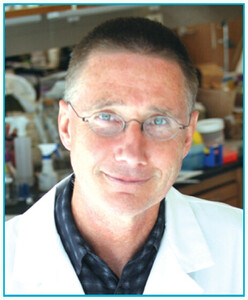 A leading researcher in mechanisms of organ formation and function will deliver the Barry M. Brenner, MD, Endowed Lectureship on “Developmentally Programming to a Healthy Kidney” on Saturday, November 5.

Dr. McMahon's research has provided fundamental insight into cell interactions that drive the assembly of multiple mammalian organ systems with a focus on the central nervous system, skeleton, and kidney. Discoveries by the McMahon laboratory have illuminated normal processes of organogenesis and tissue repair as well as the misregulation of developmental pathways in cancer. The McMahon group's early kidney studies identified some of the foundational signals in induction, patterning, and morphogenesis of the mammalian kidney. Recent studies have extended a developmental understanding from the mouse to the human kidney, promoted human disease modeling through stem cell-derived organoid systems, and identified molecular and cellular processes at play in kidney repair.

Dr. McMahon began his research career in 1984 as a staff scientist at the National Institute for Medical Research in London. In 1988, he joined the Roche Institute of Molecular Biology in Nutley, NJ, as an assistant member. He became a full member and department chair in 1992. The next year, Dr. McMahon became a professor of molecular and cellular biology in the Faculty of Arts and Sciences at Harvard University. During his 19-year career at Harvard, he was a professor of science, chair of the Department of Cell and Developmental Biology, founding member of the Department of Stem Cell and Regenerative Biology, and principal investigator of the Harvard Stem Cell Institute. In 2012, he moved from Harvard to his current position at USC.

Among his many professional service positions, he has served on the editorial board of several journals and is currently on the editorial board of JASN. Dr. McMahon is a member of the National Academy of Sciences and a fellow of the American Association for the Advancement of Science, American Academy of Arts and Sciences, European Molecular Biology Organization, and Royal Society.

He received his doctorate from University College London, followed by postdoctoral research at the California Institute of Technology.