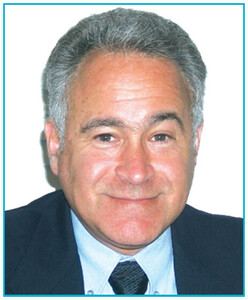 Dr. Sands will speak on “Urea Transport to Nephrogenic Diabetes Insipidus: Using Physiology to Develop Novel Therapy.” He is director of the Division of Renal Medicine and Juha P. Kokko Professor of Medicine at Emory University School of Medicine. He has also served Emory as executive vice-chair of medicine and associate dean for clinical and translational research.

Dr. Sands’ research group has made major contributions to our understanding of the molecular physiology of urea transporters, aquaporins, and the urine-concentrating mechanism.

The researchers identified urea transporters and defined how they are regulated in ways that have revolutionized our understanding of how urine is concentrated. Dr. Sands’ team showed that vasopressin, a key hormonal regulator of the urine-concentrating mechanism, not only affects water transport within minutes but also stimulates urea transport using perfused rat terminal inner medullary collecting ducts. His group also investigated whether there are non-vasopressin-mediated pathways that increase urea and water transport as a potential strategy to treat congenital nephrogenic diabetes insipidus—work that led to the discovery of an investigational drug that increases urine-concentrating ability and the formation of a startup company to advance the work on this drug.

Among many examples of his professional service, Dr. Sands chaired an ASN Annual Meeting Program Committee and the American Heart Association Kidney Council and was a member of the National Institute of Diabetes and Digestive and Kidney Diseases Board of Scientific Councilors and president of the American Physiological Society (APS). He also served as editor-in-chief of the American Journal of Physiology-Renal Physiology.