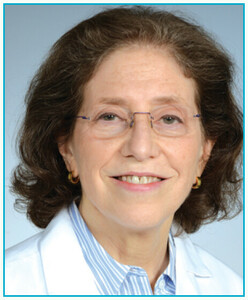 The Belding H. Scribner Award will be tendered on Saturday, November 5, to Phyllis August, MD, MPH, for her career-long contributions to the practice of nephrology. Dr. August is professor of medicine, public health, and obstetrics and gynecology; Ralph A. Baer, MD, Professor of Research in Medicine; and director of nephrology and hypertension at Weill Cornell Medical College. She is also director of the Nephrology Fellowship Program at New York Presbyterian/Weill Cornell and director of the Theresa and Eugene M. Lang Center for Research and Education at New York Presbyterian/Queens.

Established in 1995, the Belding H. Scribner Award is presented to individuals who have made outstanding contributions to the care of patients with renal disorders or have substantially influenced the clinical practice of nephrology. Dr. August is the first woman to garner this honor in recognition of her pioneering clinical and research contributions in kidney physiology during healthy pregnancy and in preeclampsia.

Dr. August's research focuses on the study of blood pressure and kidney function in normal and hypertensive pregnancy, the renal hemodynamic effects of antihypertensive drugs, the pathogenesis of preeclampsia, the role of transforming growth factor beta in hypertension, diabetic kidney disease, and clinical trials for the reduction of morbidity and mortality in patients with type 2 diabetes. As director of the Lang Center for Research and Education, she oversees sponsored clinical research across a broad range of subspecialties, including maternal-fetal medicine, cardiovascular disease, chronic kidney disease, diabetes, and cancer.

Dr. August is recognized as the leading nephrology expert on the physiology of kidney function during pregnancy. She was the first to report hypocalciuria in women with preeclampsia approximately 35 years ago. Her group also demonstrated the role of abnormal vitamin D levels. These findings led to changes in calcium supplementation for pregnant women throughout the world. She characterized the longitudinal changes in the renin, angiotensin, and aldosterone pathway in hypertensive pregnant women and demonstrated that women with superimposed preeclampsia have suppressed renin and aldosterone.

Dr. August led and participated in several committees to create guidelines for the management of hypertension during pregnancy, and her research directly impacted the guidelines. She has edited several authoritative textbooks on these topics and was the original author of six UpToDate chapters on hypertension in pregnancy, which she continues to edit.

Dr. August has served on numerous ASN committees and was associate editor of JASN for 5 years.

She has been honored with the Lester Hoenig Award of the National Kidney Foundation, the Outstanding Physician Award of the Preeclampsia Foundation, and the New York-Presbyterian Miriam G. Wallach Award for Excellence in Humanistic Medical Care.

Dr. August graduated from Yale Medical School. She completed her internship at Yale New Haven Hospital and residency and fellowship in internal medicine, nephrology, and hypertension at the New York Hospital-Cornell Medical Center. She received a Masters degree in public health from the Harvard T.H. Chan School of Public Health.