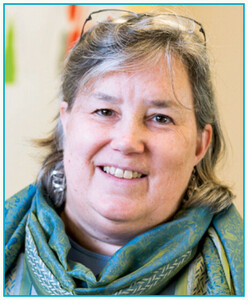 The chief scientific officer of Moderna will deliver a state-of-the-art lecture, titled “mRNA as Medicine,” on Saturday, November 5.

The speaker, Melissa J. Moore, PhD, joined Moderna in 2016 as chief scientific officer of platform research after running academic research laboratories for 23 years. She played a key role in the development of Moderna's mRNA-based COVID-19 vaccine, the second COVID-19 vaccine to gain U.S. Food and Drug Administration approval. She directs research into mechanisms to deliver therapeutic mRNAs and into ways to increase their functional output and longevity.

Dr. Moore began working on RNA metabolism during her postdoctoral training at the Massachusetts Institute of Technology (MIT) in Cambridge. During her 23 years as a faculty member, first at Brandeis University and then at the University of Massachusetts Chan Medical School (UMMS), her research explored a broad array of topics related to the roles of RNA and RNA-protein complexes in gene expression related to many diseases, including cancer, neurodegeneration, and preeclampsia.

Her academic work was known for its mechanistic and structural analyses of spliceosomes and mRNA proteins, co-discovery of the exon junction complex, and studies of intracellular RNA transport and quality control pathways. She was also instrumental in developing multiple enabling technologies for the field, including methods for introducing site-specific modifications into long RNA molecules and single-molecule methods for observing the dynamics of ribonucleoprotein complex assembly and disassembly.

At UMMS, Dr. Moore was professor of biochemistry and molecular pharmacology, Eleanor Eustis Farrington chair in cancer research, and a long-time investigator at the Howard Hughes Medical Institute. She was also a founding co-director of UMMS's RNA Therapeutics Institute and was instrumental in creating the Massachusetts Therapeutic and Entrepreneurship Realization initiative, a program to facilitate the translation of UMMS discoveries into drugs, products, technologies, and companies.

Dr. Moore is currently on the board of directors of Tessera Therapeutics, as well as several scientific advisory boards. She co-founded two companies (Comanche Biopharma and Via Scientific) to further initiatives begun at UMMS. She has received many accolades, including the RNA Society Lifetime Achievement in Science Award.

Dr. Moore received her doctorate in biological chemistry, specializing in enzymology, from MIT.