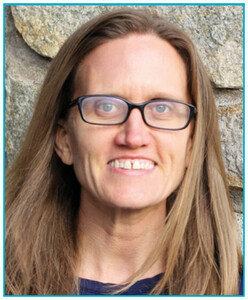 Dr. Pluznick is associate professor of physiology at the Johns Hopkins University School of Medicine.

She has made paradigm-shifting discoveries about renal physiology. As a postdoctoral fellow at Yale University 10 years ago, Dr. Pluznick reported the startling discoveries that olfactory receptors and companion olfactory signaling proteins are present in the kidney and modulate renal functions in important ways. Previously, it had been assumed that these receptors exclusively functioned in the nose. Dr. Pluznick's discoveries ignited a flurry of research that revealed “sensory” receptors have widespread roles in regulating the physiological functions of many non-sensory organs and tissues.

Since her seminal discovery, Dr. Pluznick has continued to break new ground in identifying novel functional roles for smell receptors. Her collaborative studies in the lung provided a proof of concept that olfactory receptors can be targeted to treat airflow obstruction in asthma.

Dr. Pluznick's receptor-signaling research field led to another discovery of broad fundamental significance: a mechanism to explain how gut microbiota influence host physiology. She discovered that certain smell receptors are activated by compounds that are exclusively produced by gut bacteria, and the activated receptors modulate host body functions.

Dr. Pluznick discovered that gut microbiota metabolites modulate the release of renin and thus influence blood pressure through activation of olfactory chemosensors in the kidney. Further studies confirming and expanding this finding introduced a new concept that changes in gut bacteria may drive salt sensitivity and hypertension. These studies suggest that altering gut bacteria might provide a means to lower blood pressure in hypertensive patients.

She has served on the ASN Kidney Week Program Committee.

Dr. Pluznick received her doctorate in renal physiology from the University of Nebraska Medical Center in Omaha, and then spent 5 years as a postdoctoral fellow at Yale University, where she studied both renal physiology and sensory systems with a specialty in olfaction. She joined the faculty at Johns Hopkins School of Medicine in 2010.