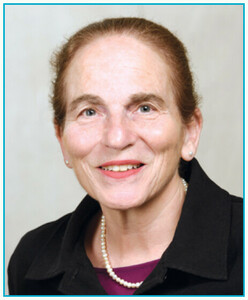 ASN will present the Barbara T. Murphy Award to Julie R. Ingelfinger, MD, on Friday, November 4. This is just the second year for this award, which is named for a nephrology leader who lost her battle with glioblastoma last year when she was ASN president-elect. The award honors leaders who strengthen the foundation of nephrology while advancing the field through innovation, creativity, inspiration, and tenacity.

Dr. Ingelfinger is professor of pediatrics at Harvard Medical School and senior consultant in pediatric nephrology at Mass General for Children at the Massachusetts General Hospital.

Her most prominent role is perhaps as deputy editor of The New England Journal of Medicine (NEJM), a position she has held since 2001. She teaches courses at NEJM—the world's highest-impact journal—and mentors authors year-round on a one-to-one basis.

She authored a text on pediatric hypertension and was an editor of the textbooks Current Pediatric Therapy and Pediatric Hypertension.

Dr. Ingelfinger received her MD from the Albert Einstein College of Medicine in New York City, followed by an internship in pediatrics at the Bronx Municipal Hospital Center. She completed residencies and fellowships in pediatrics and pediatric nephrology at St. Louis Children's Hospital, followed by further pediatrics training at St. Joseph's Hospital and Medical Center in Phoenix, Arizona.