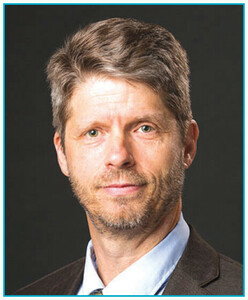 Schrier Lectureship to Focus on Tools for Understanding AKI

The Robert W. Schrier, MD, Endowed Lectureship will focus on “Integrating Analysis of Animal Models and Human Biopsies to Better Understand AKI” on Thursday, November 3. The speaker will be Lloyd G. Cantley, MD, FASN, C.N.H. Long Professor of Medicine, professor of cellular and molecular physiology, head of the Nephrology Training Program, and co-director of the Yale Center for Clinical Investigation at Yale University.

Dr. Cantley's research focuses on growth factor signaling and cellular response pathways involved in kidney injury and repair. His laboratory uses in vitro and in vivo model systems to unravel the intracellular signaling pathways that regulate the mechanisms of tubule formation and repair. These studies have provided experimental proof that scaffolding proteins can direct signaling proteins to sites in the cell to regulate cell shape and movement.

In recent years, their work has shown that injured tubular cells themselves induce this alternative activation switch using regional expression of the granulocyte-macrophage colony-stimulating factor (GM-CSF), which induces a unique reparative macrophage activation profile for the repair response.

Dr. Cantley attended medical school at West Virginia University, followed by internal medicine training at the University of North Carolina and a nephrology fellowship at Beth Israel Hospital and Harvard Medical School in Boston. He was on the faculty at Beth Israel until moving to Yale University in 2000.