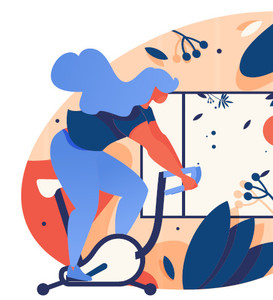 For hemodialysis (HD) patients, a 6-month progressive exercise intervention leads to significant reductions in left ventricular (LV) mass, according to results from a clinical trial in Kidney International.

The CYCLE-HD study included 130 patients receiving HD at three UK centers. In open-label, cluster-randomized fashion, patients were assigned to a structured intradialytic cycling (IDC) intervention or usual care. With the use of specially adapted cycle ergometers, patients in the intervention group performed supervised cycling three times weekly during dialysis sessions, targeting 30 minutes of continuous cycling at a rating of perceived exertion of 12 to 14. Ergometer resistance was adjusted as necessary for exercise progression.

The study was powered to detect a 15-g between-group difference in LV mass, measured with cardiac magnetic resonance (CMR). Myocardial fibrosis, aortic stiffness, physical functioning, quality of life, and ventricular arrhythmias were evaluated as secondary outcomes. One hundred one patients completed the study; the most common reasons for non-adherence were declining participation, feeling unwell, and pain. Intervention patients completed 71.7% of scheduled IDC sessions.

IDC was associated with an 11.1-g reduction in LV mass; the difference remained significant on sensitivity analysis. The data suggested improvement in LV ejection fraction in the IDC group, although the between-group difference was not significant. There was “overwhelming evidence” of reduction in CMR-measured aortic pulse-wave velocity and native T1 times but no change in interdialytic or predialysis blood pressures.

Physical functioning and quality of life were not significantly different between groups. No serious adverse events were attributed to the IDC intervention.