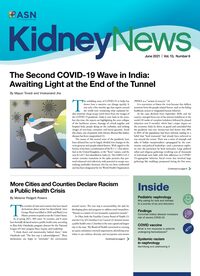 Patterns of change in UACR and eGFR—a 30% or greater increase, stable, or a 30% or greater decrease—were analyzed over a 3-year exposure window. The main outcome of interest was the occurrence of advanced CKD, defined as a sustained eGFR of less than 30 mL/min/1.73 m 2. Kidney failure, cardiovascular disease, and all-cause mortality were analyzed as secondary outcomes. Greater increases in UACR and greater decreases in eGFR were both associated with older age, history of cardiovascular disease, and use of reninangiotensin system blockers or other anti-hypertensive drugs.

Risk of advanced CKD was higher in patients with a 30% or greater increase in UACR, hazard ratio (HR) 1.78, and in those with a 30% or greater decrease in eGFR, HR 7.53 (compared to stable values). For the combination of increased UACR and decreased eGFR, the HR was 15.15 (compared to stable values for both). For kidney failure, the associated HR was 16.68. The combination improved discrimination of advanced CKD better than either measure alone; the magnitude of improvement was greater for eGFR than for UACR.

Changes in eGFR and UACR have been evaluated separately as alternative outcomes in kidney trials. However, little is known about their combined value as a surrogate for progression to kidney failure.

This large population-based study finds that increased UACR plus decreased eGFR is strongly associated with the risk of advanced CKD as well as kidney failure [Neuen BL, et al. Changes in GFR and albuminuria in routine clinical practice and the risk of kidney disease progression. Am J Kidney Dis, published online ahead of print April 22, 2021. doi: 10.1053/j.ajkd.2021.02.335; https://www.ajkd.org/article/S0272-6386(21)00562-X/fulltext].