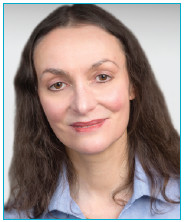 Glomerular Conditions Expert to Speak on Mechanisms of Disease

A researcher who has spent more than 20 years investigating glomerular diseases will speak on “From Morphology to Mechanisms,” in the Michelle P. Winn, MD, Endowed Lectureship.

Vivette D'Agati, MD, is the Delafield professor of pathology and cell biology at Columbia University Medical Center in New York City, where she has served as director of the Renal Pathology Division since 1984. She will speak on Friday, November 5.

Dr. D'Agati directs one of the largest renal pathology laboratories in the country, which processes approximately 4800 renal biopsies annually. This large biopsy practice has facilitated her research into characterization of emerging glomerular diseases.

Her major research interests are mechanisms of glomerular and tubulointerstitial injury in podocytopathies, immune-mediated glomerulonephritis, and toxic tubulopathies. Her research team has explored how pathologic forms of injury manifest clinically, how disease biomarkers can inform treatment, and the pathogenetic mechanisms governing distinct morphologic patterns of injury.

Her basic research has focused primarily on mechanisms of podocyte dysregulation, injury and depletion in primary and secondary forms of focal segmental glomerulosclerosis (FSGS), and how such dysregulation promotes progressive chronic kidney disease. Her work in animal models has led to characterization of molecular mechanisms of podocyte injury in HIV-associated nephropathy, primary FSGS, and diabetic nephropathy.

Her research team's access to large-scale biopsy results has facilitated the discovery and characterization of new glomerulopathies and emerging forms of drug toxicity, such as immunoglobulin (Ig)A-dominant post-staphylococcal glomerulonephritis, proliferative glomerulonephritis with monoclonal IgG deposits, smoking-related glomerulopathy, phosphate nephropathy, and the nephrotoxicity of bisphosphonates and anabolic steroids.

Dr. D'Agati has published more than 500 peer-reviewed papers and 80 book chapters. She has co-edited six textbooks on renal pathology, including the latest edition of Heptin-stall's Pathology of the Kidney.

For the past three decades, she has organized an annual postgraduate course on renal biopsy in kidney diseases that some 200 international registrants attend. She lectures regularly at symposia and courses at national and international meetings.

She served as president of the Renal Pathology Society and on the editorial boards of five journals.

She has received many awards, including the Jacob Churg Award for lifetime achievement from the Renal Pathology Society, a distinguished alumnus award from New York Presbyterian Hospital, and the Edward N. Gibbs Award in Nephrology from the New York Academy of Medicine.

Dr. D'Agati received her MD from New York University School of Medicine. She completed a residency in anatomic pathology and a National Kidney Foundation-sponsored fellowship in renal pathology at Columbia University Medical Center.