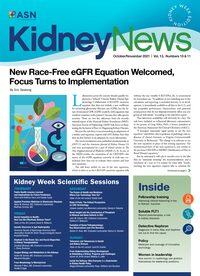 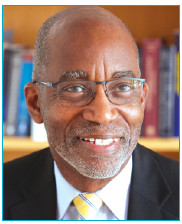 National Leader on Reducing Social Inequities in Healthcare to Speak

David R. Williams, PhD, MPH, will present a state-of-the-art lecture on “Social Inequities in Health: How Can We Effectively Reduce Them?” on Friday, November 5.

Dr. Williams is the Florence and Laura Norman Professor of Public Health and Chair of the Department of Social and Behavioral Sciences at the Harvard T.H. Chan School of Public Health. He is also a professor of African and African American Studies at Harvard University.

Dr. Williams has played a national leadership role in raising awareness of the problem of health inequities and identifying interventions to address them. His work on the issue includes serving as the staff director of the Robert Wood Johnson Foundation Commission to Build a Healthier America. This nonpartisan health commission is focused on identifying evidence-based nonmedical strategies that can improve the health of all Americans and reduce racial and socioeconomic gaps in health. He was a scientific advisor to the award-winning PBS film series, Unnatural Causes: Is Inequality Making Us Sick?

Dr. Williams has served on 10 committees for the National Academy of Sciences, including the committee that prepared the 2003 report Unequal Treatment: Confronting Racial and Ethnic Disparities in Healthcare. His research has been featured in the national print and television media and in his TED talk.

An internationally recognized social scientist, he has been invited to deliver keynote addresses to scientific conferences in Europe, Africa, Australia, the Middle East, and South America. His research has enhanced the understanding of the complex ways in which socioeconomic status, race, stress, racism, health behavior, and religious involvement can affect health. The author of more than 500 scientific papers, he has served on the editorial boards of 12 scientific journals and as a reviewer for more than 75 others. He developed the Everyday Discrimination Scale, which is the most widely used measure of discrimination in health studies.

Dr. Williams was ranked as one of the “Top 10 Most Cited Social Scientists in the World” in 2005 by the Institute for Scientific Information (ISI) Essential Science Indicators and as the “Most Cited Black Scholar in the Social Sciences” in 2008 by the Journal of Black Issues in Higher Education. In 2014, Thomson Reuters ranked him as one of the “World's Most Influential Scientific Minds.”