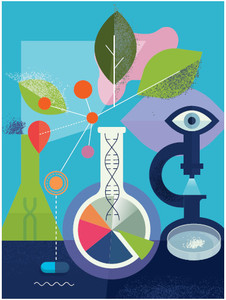 Laboratories across the country should quickly implement a “refitted” Chronic Kidney Disease Epidemiology Collaboration (CKD-EPI) creatinine equation that does not include a race coefficient for estimating glomerular filtration rate (GFR), but the future of estimated GFR (eGFR) could lie with equations that combine creatinine with cystatin C because they offer greater accuracy. Those are two key takeaways from the recently released report of the National Kidney Foundation (NKF)-American Society of Nephrology (ASN) Task Force on Reassessing the Inclusion of Race in Diagnosing Kidney Diseases.

Because the task force is recommending an adaptation of a widely used equation, experts told ASN Kidney News that they see few barriers to its adoption by many laboratories.

The recommendations were published simultaneously in JASN (1) and the American Journal of Kidney Diseases (2) and were accompanied by a pair of related articles in The New England Journal of Medicine (NEJM) (3, 4). In one of the NEJM articles, the researchers of the CKD-EPI—the source of the eGFR equations currently in wide use—reanalyzed their data sets to evaluate three current and four new equations.

The task force settled on one of the new equations, which it refers to as the CKD-EPI creatinine equation refit without the race variable (CKD-EPIcr_R), to recommend for immediate use. “In addition to not including race in the calculation and reporting, it included diversity in its development, is immediately available to all labs in the U.S., and has acceptable performance characteristics and potential consequences that do not disproportionately affect any one group of individuals,” according to the task force report.

That laboratory availability will obviously be a key. The task force included an influential laboratory representative in the person of Greg Miller, PhD, a former president of the American Association for Clinical Chemistry (AACC).

But he estimated it will take 6 months even in the labs that are “anxiously awaiting” the recommendation, and a timeframe of 1 year or 2 is realistic for other labs: “Implementing the new equations requires labs to schedule the changes with IT departments and obtain a priority for making the change.”

Hospital-affiliated and national referral laboratories are likely to be aware of and act on the recommendations first, but there are more than 100,000 labs that measure creatinine registered under the Clinical Laboratory Improvement Amendments (CLIA). It could take time for smaller labs like those in doctors' offices to get the message and make the change to the new equations.

“Persistently repeated communication using a variety of approaches will be needed,” Miller said, and the AACC, College of American Pathologists, and American Society for Clinical Pathology have all “indicated support to communicate to members and the public.”

The AACC had its own task force on removing race from GFR estimates, chaired by Melanie Hoenig, MD, an associate professor of medicine at Harvard Medical School and a nephrologist at Beth Israel Deaconess Medical Center who spearheaded that institution's effort to move away from the standard equation 4 years ago. After its own evidence-based review, AACC “will endorse the NKF-ASN plan for immediate shift to the CKD-EPI refit” equation, Hoenig said.

Other centers at the forefront in the reconsideration of the race coefficient reported being eager to switch to the new equation.

“Our institution will be implementing the new CKD-EPI Cr equation as soon as possible,” said Alp Ikizler, MD, director of the Division of Nephrology at Vanderbilt University. Last year, Vanderbilt dropped African American reporting with “no replacement for race-related or adjusted reporting.”

“We are very pleased that the recommendations include implementing a new race-free eGFR Cr equation which can be easily and quickly implemented by all labs in the U.S. This will entail a change in coding and should not be difficult to implement,” Ikizler said in a collaborative email to ASN Kidney News with Beatrice Concepcion, MD, who has been the lead at Vanderbilt for this initiative. They will also be exploring the possibility of reporting an eGFR using a combined creatinine and cystatin C equation.

“We anticipate implementing it shortly,” said Rajnish Mehrotra, MD, MBBS, interim head of the Division of Nephrology at the University of Washington School of Medicine in Seattle. “It provides greater accuracy than the 2009 CKD-EPI equation that we are currently using without the race coefficient … and the magnitude of change with the ‘refit' is actually not large and implementing it will mean changes to coding to adjust the calculation.”

Illustrating the low barrier to introducing the change, the NKF already has a calculator on its website (https://www.kidney.org/professionals/kdoqi/gfr_calculator) for what it is calling the CKD-EPI creatinine equation (2021).

What may feel like a small change in the equation was the result of an exhaustive process by the task force, which included 14 members with broad expertise in healthcare disparities, epidemiology, health services research, genetic ancestry, clinical chemistry, patient safety and performance improvement, pharmacology, and social sciences, as well as two patients.

The task force conducted more than 40 sessions to assemble and review the data and evidence, including hundreds of papers, and heard testimony covering a broad range of related topics from 97 experts presenting a diversity of views, as well as from patients and other stakeholders. The task force considered 26 different potential strategies suggested by a variety of experts.

The other task force co-chair, Neil Powe, MD, MPH, MBA, cautioned that nephrologists should remember that the equation is only one part of the diagnostic process. Powe is chief of medicine at the Priscilla Chan & Mark Zuckerberg San Francisco General Hospital & Trauma Center and distinguished professor at UCSF.

“The equation cannot be taken in isolation of the whole approach to diagnosing kidney disease,” Powe said. “You don't just measure how well the kidney is working by looking at the GFR. You have to look at albumin excretion and protein excretion by the kidney, and take a holistic view” of the individual's entire clinical situation.

“I am really excited that the task force achieved its goal,” Powe said. “However, the goal was not just an equation. For someone like myself, who's studied health disparities in kidney disease for a few decades, the goal was to achieve health equity and quality of care for Black Americans and other minorities, and that is bigger than the equation. We need to put our focus on eliminating disparities and differences in care of people by race. So, there is a lot more work to achieve that goal, and I hope everyone congeals around that. Let's go out and do the work that we need to do to really achieve health equity.”

The University of Washington's Mehrotra echoed that sentiment: “Removing the race coefficient from eGFR is just the first and very small step in reducing health disparities with kidney disease. There is a lot of urgent work that still needs to be done to bring equity to kidney care delivery.”

In another category of long-term goals, both NEJM articles (see sidebar) concluded that including cystatin C in GFR estimates improves results, so the NKF-ASN task force included a second recommendation: “We recommend national efforts to facilitate increased, routine, and timely use of cystatin C, especially to confirm eGFR in adults who are at risk for or have chronic kidney disease, because combining filtration markers (creatinine and cystatin C) is more accurate and would support better clinical decisions than either one marker alone.”

Former AACC president Miller said that this greater use is within reach: “The measurement of creatinine and cystatin C [is] well standardized. The new equations offer an opportunity to standardize the calculations to have consistent eGFR values from all laboratories.”

The nephrologists contacted by ASN Kidney News expressed satisfaction with the work of the task force. “I am impressed with the task force process and product,” Hoenig said. “They used a methodical and comprehensive approach. I particularly liked how they explored the evidence, pursued a range of voices, and then made it clear that these voices were heard.”

“[We] think the task force should be commended for their outstanding work,” said Vanderbilt's Ikizler and Concepcion. “We think this is just a first step in dismantling race-based medicine, and we as a nephrology community should continue to lead in this effort, with the ultimate goal of achieving health equity for all. The next step is to spread the word and educate the community (primary care providers, other specialties, colleagues in laboratory medicine) regarding this change and its implementation. Practicing nephrologists will undoubtedly take the lead and will need to advocate for this change in institutions where they practice. Patient education and resources will also be very important.”

The task force report was released on the same day as a pair of studies in The New England Journal of Medicine (NEJM) focused on new methods of estimating kidney function.

One of these studies, by the Chronic Kidney Disease Epidemiology Collaboration (CKD-EPI), identified the new equation endorsed for use by the NKF-ASN task force that the task force refers to as the CKD-EPI creatinine equation refit.

To develop the new equations, the CKD-EPI researchers went back to the data sets previously used to develop the equations in current use for estimating glomerular filtration rate (GFR). These sets included the 10 studies used for the CKD-EPI 2009 estimated GFR (eGFR) creatinine as well as the 13 studies used in development of the CKD-EPI 2012 eGFR cystatin C and eGFR creatinine-cystatin C equations. The researchers used the data sets to compare the accuracy of the estimates of various equations to measured GFR.

For external validation, the researchers used a new data set they dubbed the CKD-EPI 2021, which consisted of the CKD-EPI 2012 external validation data set and 12 additional new studies to compare the performance of current and new equations. The researchers evaluated three current and four new equations. They noted that many institutions have been using the current CKD-EPI equation but dropping the race coefficient, a practice that “could lead to large errors in GFR estimation in some Black persons,” and that the new “refit” equation “may be more equitable…because it averages observed differences across all persons and may be more appropriate for the increasingly diverse U.S. population.”

The other NEJM article, by Hsu et al., analyzed data from a sample of 1248 participants in the Chronic Renal Insufficiency Cohort study database to test models for estimating GFR. The researchers concluded: “The use of the serum creatinine level to estimate the GFR without race (or genetic ancestry) introduced systematic misclassification that could not be eliminated even when numerous non-GFR determinants of the serum creatinine level were accounted for. The estimation of GFR with the use of cystatin C generated similar results while eliminating the negative consequences of the current race-based approaches.”

An editorial published in conjunction with the two papers highlighted the importance of cystatin C: “If the capacity to measure cystatin C routinely were widespread, cystatin C equations would become practical; thus, we suggest that the use of cystatin C measurements should be encouraged and funded.”