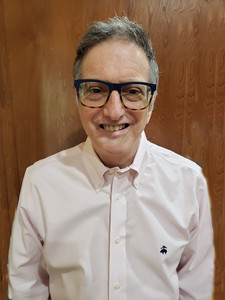 Every morning people wake up and start their day. They take their kidney health for granted. I was one of those people. For me, that all changed in May 2008 when I received a diagnosis of IgA nephropathy.

I would like to share my transplantation journey for a few reasons: to encourage others to become more aware of their kidney health, to let other people with kidney failure know that there is hope for them, and last, to raise awareness of the need for organ donors and inspire others to become living donors.

Here is my story.

In July 1986 my wife, Carole, and I were living in Milwaukee. Just newly married, we decided we should apply for life insurance. I was denied coverage because I had a small amount of protein and blood in my urine. My physician suggested that I should have an intravenous pyelogram. When the results came back, I was told that the doctors could not see anything abnormal in my bladder or kidneys. The amount of protein in my blood was not abnormal, and my overall health was fine.

We moved a few times, and each time we moved I had a physical. The results were always the same. The doctors never seemed to be concerned.

In 1998 we moved again. I went to see my physician and had a routine physical. My blood pressure was 220/140 mm Hg, and I immediately received some drugs to reduce my blood pressure and was prescribed drugs to help maintain normal blood pressure. No formal testing was done on my kidneys, and there was no diagnosis of any kidney issues. It seems that my doctor missed some signs that my kidneys were not functioning properly, which was probably causing my high blood pressure. The symptoms were treated—but not the cause.

In early 2008 we moved again. My new physician performed a routine physical and noticed the blood and protein in my urine. He was the first doctor to tell me that this was not normal and that I needed to see a nephrologist. He thought I had a problem with my kidneys. I went through some routine tests. At that time my GFR was 56. My nephrologist told me that was not normal. However, the direct cause could be determined only by doing a kidney biopsy. Because of the risk involved in the biopsy, I opted to continue to monitor my kidney function through laboratory tests instead of undergoing the biopsy. Over the next year, my kidney function continued to decline, and I was forced to have my first biopsy. The biopsy results revealed my IgA nephropathy.

Over the next years, we tried various treatments, including a pulse therapy of prednisone and heavy doses of fish oil. I made some changes to my diet in an effort to help take any additional strain off my kidneys. I was hoping that perhaps I was one of those patients who would stay in IgA nephropathy remission. But as my GFR continued to decline, I realized that would not be the case for me. In December 2017 we went to visit the Mayo Clinic in Jacksonville, FL, to see a nephrologist who was a specialist in IgA nephropathy. Ironically, my GFR that day turned out to be 21, which was the lowest it had been. I learned that I could now apply for a transplant.

At that time, I knew my life was going to change and we were looking at some difficult times ahead. I was lucky I had a good support network, starting with my wife, who was always there to support me mentally and physically.

Thomas Pearson, MD, was the first transplantation nephrologist we met. He warned me that transplantation was a treatment, not a cure. I applied to Emory University Hospital, and after about 5 months I was finally approved to become a transplant recipient. I wanted to take whatever steps I could take to try and find a living donor so I could avoid dialysis.

Sharing your story with friends and family to help find a living donor is a pretty humbling experience. It is not easy to ask someone to donate their kidney to help save your life. I tried many different options to help find a donor. We had some friends who graciously agreed to be tested, but none were approved as donors. Carole agreed to be tested. She went through the same tests that were performed on me, and it took about 4 months for the testing to be completed. The stress test revealed that she potentially could have an issue with her heart, and that she could not be approved as a donor unless she went through some additional testing. She had to have a heart catheterization to make sure her heart was working properly. The test was done, and the results were negative. She was approved as a donor, and now we could officially be listed in the paired exchange program. About 9 months later we were notified that a matching donor was found and that our surgeries were being scheduled.

Thanks to our friends and family who were there to support us, we were able to spend our recovery days at home without any worries. The recovery went well for Carole. I had some challenges, including an acute rejection about 3 weeks after receiving my transplant. I was admitted back to the hospital to receive a thymoglobulin treatment. I was released, and my kidney seemed to be working well again. It took a while to recover from the treatment. Eventually, I started to feel better as the doctors adjusted my medications. It has now been a little more than a year and a half since I received my transplant. There have been some ups and downs, but overall I am very lucky to have been able to receive my transplant and to be here to share my story. Over the past year I have learned a lot about IgA nephropathy, its causes, and potential treatments.

I would like to encourage readers in the medical professions to share as much information as you can with your patients. Learning more about their disease will help patients understand what their treatment options are and what they can do to help live with their disease.

The Executive Order on Advancing American Kidney Health calls for an increased focus on transplantation, including provisions to increase the availability of organs for transplant and support for living donors through compensation for costs such as lost wages and child and elder care expenses. For the next few months, the Kidney News series “My Transplant Journey” will feature perspectives on the patient experience with transpalantation.