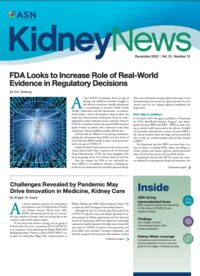 When she joined Twitter in 2010, Kimberly Manning, MD, professor of medicine and associate vice chair of Diversity, Equity, and Inclusion at Emory University in Atlanta, said she didn’t quite understand how it worked, so at first she mostly observed what others were sharing. Then, in 2018, she began sharing some of the 8-minute bite-sized teaching modules (BST Mode) she created for her students, and it helped put her work on the radar.

First came an invitation to discuss the curriculum at Johns Hopkins School of Medicine. During that talk, attendees tweeted about her talk; that led to new collaborators and later an invitation to give a lecture as a visiting professor at the University of California, San Francisco. Over the past year, Manning has focused on mission-based tweeting about topics she is passionate about, including medical education, diversity, equity, inclusion, humanism in medicine, physician–patient communication, and fighting anti-Black racism. This mission-based tweeting has led to more opportunities to speak or serve on editorial boards or in advisory roles for some of her favorite journals. Those opportunities helped raise her national reputation and helped her achieve her dream of reaching a senior rank this year.

“I firmly believe much of it had to do with mission-based tweeting,” said Manning during a panel discussion on the power of social media and other technologies at Kidney Week 2020 Reimagined. During the panel, she and other nephrologists shared how social media and other online platforms have become essential tools for networking, teaching, and medical education. In fact, panelist Aisha Shaikh, MD, chief of renal at the James J. Peters VA Medical Center in New York, cited a 2012 survey of physicians that found that 73% of them reported using social media to find medical information at least once a month, and 60% said they thought social media use improved their patient care (1).

“Nephrology has come to the forefront of this movement,” said panel co-moderator Samira Farouk, MD, MS, assistant professor of nephrology at the Icahn School of Medicine at Mount Sinai Hospital.

In addition to its value in professional and social networking, social media and other online platforms have become important tools for supplementing or amplifying more traditional medical education tools like textbooks and journal clubs.

“Social media in its most basic sense is the democratization of media,” said Timothy Yau, MD, associate professor of medicine in the division of nephrology at Washington University in St. Louis. He explained that anyone can create, share, and comment on content on social media. For example, the Renal Fellow Network was founded by the late Nate Hellman, MD, PhD, in 2008 “for fellows, by fellows” as on online forum for sharing interesting case studies and other clinical information (2). It has since formed a partnership with the American Society of Nephrology, and @RenalFellowNetwork boasts about 15,000 followers.

“Social media in its most basic sense is the democratization of media.

Tweets are free and publicly available, and anyone can interact with them in real time, Shaikh said. “There are no geographical, institutional, or academic hierarchical barriers, which I think is fairly critical for trainees and younger consultants because they can access or approach leaders or experts in the field without any barriers,” she said

The online journal club #NephJC hosts a twice-monthly journal club for its more than 20,000 followers through Twitter @NephJC as well as a blog and podcast (3). The journal club discussions are a rare opportunity for nephrologists to participate in a live discussion with leading colleagues from around the world and to query the authors directly, in real-time, Yau said. In fact, a recent Perspective article traced how journal clubs evolved beyond the walls of academic centers to Twitter (4).

“As a busy private practice nephrologist, I only had access to journal clubs when I was in medical school,” said Arvind Conjeevaram, MD, consultant nephrologist and transplant physician at The Bangalore and Trustwell Hospitals in India. “NephJC is bringing me back to that atmosphere.”

Gamefication has also become a popular way to engage nephrologists by using quizzes or other competitions to engage people in learning. For example, #NephMadness is a bracket-based game modeled after college basketball’s March Madness tournament: nephrology topics, instead of basketball teams, are pitted against one another (5), Conjeevaram said. Another example is the International Society of Nephrology’s Nephrology World Cup, which was played by 2400 people in 53 countries in 2019, he said.

“Gamefication is extremely new,” said panel co-moderator Tejas Desai, MD, a nephrologist who created the Nephrology On-Demand online educational platform (6). “It has tremendous potential, and nephrology is already on the cutting edge.”

Shaikh acknowledged that social media sites like Twitter can be overwhelming for those starting out, but she recommends that nephrologists start by creating an account and following others to learn how it works.

“Once you feel confident, start sharing and posting information,” she said. “Then as your confidence level grows and your comfort level goes up you can start participating in discussions and analyzing posts.” She suggested eventually working up to creating original content.

Following or tweeting from meetings like Kidney Week (#kidneyWk) is also a valuable way to use Twitter. “When I’m at a national meeting or when I’ve missed a national meeting, I’m so grateful for people tweeting in real time sharing about those talks going on that I’m missing,” Manning said. Investigators may also want to tweet about their publications. Shaikh noted that highly tweeted articles are about 11 times more likely to be highly cited (7). Manning recommended that nephrologists think about what their mission is while using Twitter and focus on that to help avoid burnout. She recommends starting by following five to 10 accounts that share your mission and being sure to amplify the work of others.

“Ultimately, all the things that you share should be things that fit your mission because they will draw in those individuals who will work with you: potential collaborators,” she said.