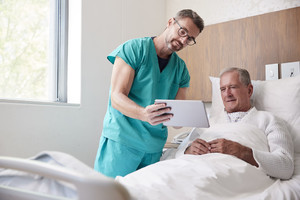 Recent years have brought little progress toward reducing disparities in access to predialysis nephrology care among racial/ethnic minority patients in the United States, concludes a study in JAMA Network Open.

The study included data on more than 1 million adults who initiated maintenance dialysis between 2005 and 2015, drawn from the US Renal Data System. The patients were 57.2% male; mean age was 62.4 years. Race/ethnicity was white in 54.6% of patients, Black in 27.8%, Hispanic in 14.0%, and Asian in 3.6%. Multivariable logistic regression analyses were performed to analyze trends in racial/ethnic disparities in receipt of at least 1 year of nephrology specialty care before the start of dialysis.

Among patients with end stage kidney disease, survival is significantly better for those receiving nephrology care before initiating dialysis. Increasing the percentage of patients who are treated by a nephrologist for at least 12 months before starting dialysis is a key part of Healthy People 2020 objectives for chronic kidney disease (CKD).

The new study provides evidence that racial/ethnic disparities in predialysis nephrology care have persisted over the past decade and suggests the need for national strategies targeting differences in access to specialist care for CKD. They conclude: “Potential strategies may include national efforts to enhance collaborations between primary care providers and nephrologists, particularly for members of racial/ethnic minority groups” [Purnell TS, et al. National trends in the association of race and ethnicity with predialysis nephrology care in the United States from 2005 to 2015. JAMA Netw].