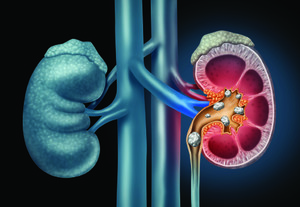 KidneyX Innovation Accelerator (KidneyX)—a public-private partnership between ASN and the US Department of Health and Human Services—would receive $5 million in funding to continue its work to spur innovation in kidney care as part of the compromise US government spending package proposed in late 2019.

This first-time Fiscal Year 2020 funding for KidneyX came after months of advocacy by ASN and its members and as the innovation accelerator recently opened the second phase of Redesign Dialysis and announced the intent to launch a prize focused on the development of an artificial kidney.

Redesign Dialysis Phase 2 challenges participants to build and test prototype solutions, or components of solutions, that can replicate normal kidney function or improve dialysis access. Up to three winners will be awarded $500,000 each. Submissions to the prize challenge are due at 5 p.m. EST on January 31, 2020, and awardees will be announced by May 2020.

To further advance innovation in the field, KidneyX issued and received comments on a Request for Information (RFI), now closed, about an Artificial Kidney Prize being put forth in order to fulfill the goals set by KidneyX and Section 6 of the Executive Order on Advancing American Kidney Health. The Artificial Kidney Prize intends to build on Redesign Dialysis and to advance the development of an artificial kidney that can replace physiological kidney function to sustain life and improve patient quality of life. KidneyX will make changes to the Artificial Kidney prize announcement based on constituents’ feedback to the RFI, and the submission period will be announced later this year.

“This is a breakthrough moment for not only KidneyX but the entire kidney community,” said ASN President Mark E. Rosenberg, MD, FASN, in response to the announcement of the KidneyX appropriations funding. “For the first time Congress has called for and provided critical funding for prize competitions aimed at spurring innovation and improving kidney care for the 37 million Americans with kidney disease.”

The $5 million of funding for KidneyX in the compromise spending package represents the culmination of a year of rigorous advocacy and robust support for KidneyX funding by ASN members, the kidney care community, and members of Congress. In March, the Congressional Kidney Caucus—led by Reps. Suzan DelBene (WA) and Larry Bucshon (IN)—and nearly 60 members of Congress signed a letter encouraging House appropriators to fund KidneyX, and a similar letter led by Sens. Todd Young (IN) and Ben Cardin (MD) urged Senate appropriators to do the same. Securing KidneyX funding has also been the primary focus of numerous policy initiatives by ASN, including Kidney Health Advocacy Day, as reported by Kidney News Online earlier this year.

The comprise funding package passed the House on Tuesday, December 17, and President Trump was expected to sign the agreement into law.