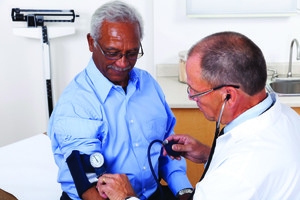 A systematic review identified 189 randomized clinical trials enrolling dialysis-dependent adults with ESKD. The studies, which enrolled at least 100 patients from 2 or more sites, included a total of 80,104 participants. Meta-analysis compared pre-specified characteristics of the RCT participants to patients in the US Renal Data System (USRDS) registry. Study characteristics associated with measures of generalizability were analyzed as well.

Most of the differences in patient characteristics were similar on analysis of studies recruiting from the United States, although diabetes was more common among RCT participants: 54.6% versus 44.2%. On analysis of study characteristics, mortality was lower in trials with commercial sponsorship or those published more recently.

Differing patient characteristics may affect the generalizability of clinical trial results. Previous studies have described differences in RCT cohorts versus the general population of patients undergoing kidney transplantation, but this issue has not been addressed in the ESKD population.

Dialysis patients enrolled in RCTs are younger, have differing patterns of comorbidity, and have lower mortality than the general population of ESKD patients. The researchers emphasize the need for caution in generalizing RCT results to older, frailer patients, and call for efforts to increase the generalizability of ESKD trials [Smyth B, et al. Representativeness of randomized clinical trial cohorts in end-stage kidney disease: A meta-analysis. JAMA Intern Med 2019; DOI: 10.1001/jamainternmed.2019.1501].