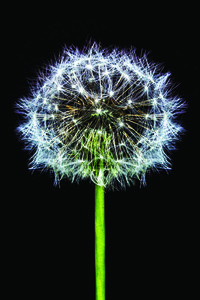 Sexual dysfunction and fertility are major concerns for patients with kidney disease that are important for clinicians to discuss, according to Silvi Shah, MD, FASN, assistant professor of nephrology at the University of Cincinnati.

More than half of both male and female patients with kidney disease experience some form of sexual dysfunction, which can be linked to their disease or its treatment, noted Shah. Many also face concerns about fertility, and women may require counseling about pregnancy or contraception. Yet, many nephrologists feel ill-prepared to discuss women’s health and often neglect these conversations, according to the results of a survey presented recently by Monica Reynolds, MD, a clinical instructor in the division of nephrology at the University of North Carolina Chapel Hill. Kidney News interviewed both Shah and Reynolds, who also spoke at Kidney Week 2018.

“About 40% of women on dialysis do not engage in sexual intercourse,” she said.

Three-quarters experience menstrual disorders, including missing or irregular periods, heavy bleeding, or premature menopause, Shah said. In fact, studies have found that 50% to 100% of women with stage 5 chronic kidney disease (CKD) do not have menstrual cycles, she said.

“All these changes also lead to infertility,” she said.

Shah recommended that clinicians evaluate why women are experiencing these symptoms, starting with a review of medications that may contribute. Their hormone levels should also be considered. For example, if a woman experiences low libido and has low estrogen levels, a trial of estrogen may be considered, she said.

Men with kidney disease also frequently experience sexual dysfunction, with 50% to 80% reporting erectile dysfunction, Shah said. This may be caused by vascular changes owing to arterial or venous diseases, neurologic problems related to uremia, or medications. These men may also experience low libido, which can be exacerbated by low testosterone, and infertility, she said.

A medication review is also recommended for men with erectile dysfunction, Shah said. She noted that two drugs have been shown to improve erectile dysfunction in men with CKD: phosphodiesterase type 5 inhibitors and oral zinc supplements for those with zinc deficiency. Both work by boosting testosterone levels, she said.

“Nephrologists are uniquely positioned to provide disease-specific [pregnancy] counseling,” Reynolds said. Yet, many nephrologists feel unprepared to offer such counseling, Reynolds and her colleagues found in a recent survey.

The survey of 154 nephrologists in the United States and Canada by investigators from the women’s health working group of the Cure Glomerulonephritis (CureGR) study found that fewer than 10% of nephrologists are confident about managing menstrual disorders or diagnosing or managing menopause. Fewer than half reported being comfortable talking about contraception, pregnancy outcomes by disease stage, and fertility treatment referrals. Most nephrologists reported counseling fewer than one woman per month about contraception (64%) and before conception (68%), according to the survey.

“The most common reasons cited for not providing counseling were lack of training, and little knowledge or confidence in the subject area,” Reynolds said. Education seminars or case-based materials would boost their knowledge, 67% of responding nephrologists said. Routinely discussing these topics can also help physicians become more comfortable, Reynolds said.

“While we may not be as comfortable discussing these topics, it’s important that our patients understand the possible connections to their kidney disease as well as what is normal/abnormal,” she said.

Such counseling can be essential to optimizing patients’ and their children’s outcomes. For example, Shah noted that women who have had a kidney transplant may regain fertility within 6 months after transplantation.

“Pregnancy can happen in all CKD stages, and kidney transplant restores fertility,” Shah said. “Birth control is therefore very important to prevent unplanned pregnancies, as they can be [taking medications that may cause birth defects in the fetus].”

Women with CKD may struggle with decisions about pregnancy. They must weigh the perceived and real risks to their own health and the health of their baby, Shah explained. These pregnancies are high risk and are associated with preterm birth, fetal growth restriction, and high perinatal mortality, she said. Women with CKD who become pregnant may experience rapid progression of their disease, which may cause them to require dialysis or a transplant, she said. They also have higher rates of preeclampsia and severe infections. Reynolds noted that many women with kidney disease feel traumatized by being advised against becoming pregnant.

“What I want you to remember here is that having a child is integral in a woman’s life, and this does not change for women with CKD,” Shah said. “Pregnancy is further very challenging for these women because they face emotional decisions.”

But physicians can counsel them on ways to optimize their pregnancy outcomes, for example by planning pregnancies during earlier stages of disease when the risks are lower, Shah said. For women who are in the later stages of disease, a transplant may be advised, she said.

The most important thing, Shah emphasized, is for nephrologists to be supportive about women’s reproductive choices and to help them by providing family planning options to those who would like to avoid pregnancy and working to optimize outcomes for those who wish to conceive.

“Remember, the choice is theirs to make,” Shah said. “Whatever decision they make, we should be supportive.”