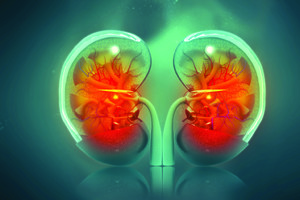 On May 22, 2019, the White House released its Unified Spring Agenda outlining the issues the administration will address through a proposed rule process in the coming months. The agenda highlighted administration priorities of improving the data used to evaluate Organ Procurement Organizations (OPOs) and removing financial barriers to living donation. Both policy priorities were discussed when ASN met with Department of Health and Human Services (HHS) Secretary Alex Azar and other senior administration officials in February to urge the department to address these issues.

The administration will address transplantation through two upcoming rules by:

ASN President Mark E. Rosenberg, MD, FASN, wrote to CMS Administrator Seema Verma in May recommending an alternative quality metric for OPOs to increase transplantation. Rosenberg wrote about how reforming OPO metrics can improve outcomes for patients and their families by driving “meaningful increases in our deceased donation system by improving our understanding of OPO performance through the use of objective data and a consistent standard for the denominator.”

Rosenberg wrote to CMS after the ASN Council endorsed changing “the metrics by which OPOs are evaluated to actual deceased donors as a percentage of in-hospital deaths among patients 75 years of age or younger with a cause of death consistent with organ donation. The data for this metric are already available from the Detailed Mortality File of the Centers for Disease Control and Prevention (CDC). This measure was one of several that were thoroughly examined in the article “Changing Metrics of Organ Procurement Organization Performance in Order to Increase Organ Donation Rates in the United States” in the July 2017 American Journal of Transplantation (1), and was found to be a significant improvement over the current eligible death metric and can be easily implemented without requirements for the collection of new data.

The administration also intends to issue a proposed rule to amend the Organ Procurement and Transplantation Network final rule to “further remove financial barriers to living organ donation by expanding allowable costs that can be reimbursed.”

This proposed change has long been supported by ASN, which backed a Rep. Jaime Herrera Beutler (R-WA-3)–led letter requesting that the Health Resources and Services Administration (HRSA) change its policy to allow the National Living Donor Assistance Center (NLDAC) to reimburse lost wages and other non-travel expenses of living donors as currently permitted under the National Organ Transplant Act of 1984 (NOTA).

Furthermore, the NLDAC received $10 million in funding from the House Appropriations Committee (a $6.5 million increase over prior levels). The NLDAC was encouraged through report language to use the funds to reimburse lost wages and other non-travel expenses.

Once finalized, the increased funding coupled with the upcoming proposed rule will allow HRSA to reimburse living organ donors for lost wages and other non-travel expenses.

Currently, all individuals living with kidney failure are Medicare eligible. Patients fortunate enough to receive a kidney transplant retain their Medicare coverage for 36 months post-transplant, unless the patient is otherwise eligible for Medicare in which their coverage would continue.

When a patient loses their Medicare coverage after 36 months and does not have another form of healthcare coverage, they may lose their immunosuppressive drug coverage and the medications may prove too costly for the patient to continue using them. The patient in turn could lose their transplant if they discontinue the use of immunosuppressants and revert to developing kidney failure. By redeveloping kidney failure, the patient regains their eligibility for Medicare and the process begins again.

There has been a groundswell of support for extending coverage of immunosuppressive drugs under Medicare. HHS is now recognizing the costs to Medicare associated with patients losing their transplant and requiring dialysis and/or another subsequent kidney transplantation. The Office of the Assistant Secretary for Planning and Evaluation released a report on May 10 that estimates that extending Medicare coverage of immunosuppressants beyond 36 months would result in 10-year accumulated savings of approximately $73 million. In addition, the Centers for Medicare & Medicaid Services Office of the Actuary released a memo on May 22 that further showed how the Medicare program would see net savings if coverage for immunosuppressive drugs was extended beyond three years.

Previous Congresses have tried to pass legislation that would extend coverage of immunosuppressants under Medicare but were unsuccessful due to some members’ concern about the estimated cost increase to the program. These new reports from the administration provide renewed hope to the kidney community that passing such legislation at an expedited pace is possible. ASN will continue to advocate for this policy by leading and tracking any legislative movement in Congress on the issue.

The American Society of Nephrology (ASN) and the American Association of Kidney Patients (AAKP) partnered together for the 7th Annual Kidney Health Advocacy Day on March 20. Advocates from both organizations met with representatives, senators, and their respective staffs to urge Congress to support KidneyX.

Due to their advocacy and the efforts from other ASN and AAKP members, a bipartisan group of nearly 60 members of Congress wrote to the House Appropriations Labor, Health and Human Services, and Education Subcommittee asking them to include $25 million in funding for KidneyX in Fiscal Year (FY) 2020.

The congressional champions of KidneyX announced at the summit that the House LHHS Subcommittee included $10 million in new funding for KidneyX, which will allow KidneyX to run more and larger prize competitions to accelerate innovation in the prevention, diagnosis, and treatment of kidney diseases.

While the House took a historic step in the fight against kidney diseases, ASN will continue to advocate for KidneyX as the Senate advances its own LHHS bill this summer.