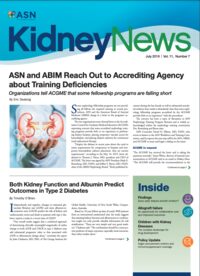 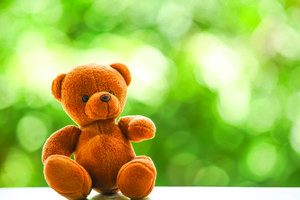 No ‘Clinically Relevant Benefit’ of Early Dialysis in Children

In children with end stage kidney disease (ESKD), there is no specific level of renal function at which dialysis initiation leads to improved patient outcomes, concludes a registry study in Nephrology Dialysis Transplantation.

The researchers analyzed data on 2963 children enrolled in the European Society for Pediatric Nephrology/European Renal Association–European Dialysis and Transplant Association (ESPN/ERA-EDTA) Registry between 2000 and 2014. Drawn from 21 countries, all patients were less than 18 years old when they initiated renal replacement therapy. Patient survival and access to transplantation were compared for 1411 children with early initiation, estimated glomerular filtration rate (eGFR) 8 mL/min/1.73 m2 or greater, versus 1552 with late initiation, eGFR less than 8 mL/min/1.73 m2.

Median eGFR at the start of dialysis was 10.5 mL/min/1.73 m2 in the early-initiation group and 6.1 mL/min/1.73 m2 in the late-initiation group. Children with early initiation were older: median age 11.0 versus 9.4 years. Early starters were more likely to have glomerulonephritis or hereditary nephropathies, while late starters were more likely to have congenital anomalies of the kidney and urinary tract or unknown diagnosis.

Overall median survival on dialysis was 98.2% at 1 year, 96.3% at 2 years, and 91.1% at 5 years. There was no difference in mortality for the early versus late starters, including after adjustment for patient and clinical characteristics. Access to kidney transplantation was similar as well: 82.0% of early starters and 81.4% of late starters received their first transplant within 5 years.

Most secondary outcomes were also similar between groups, including growth and cardiovascular risk factors. Late starters were more likely to develop hypertension.

There is no consensus as to the timing of dialysis initiation in children with ESKD. This large population-based analysis finds “no evidence for a clinically relevant benefit of early start of dialysis.” The researchers conclude: “[O]ur data suggest that the decision to start dialysis in paediatric ESKD should not be merely based on eGFR, but should be a personalized decision in which benefits, burden, complexity and potential risks of dialysis are carefully balanced” [Preka E, et al. Association between timing of dialysis initiation and clinical outcomes in the paediatric population: an ESPN/ERA-EDTA registry study. Nephrol Dial Transpl 2019; DOI: 10.1093/ndt/gfz069].